“Congratulations my friend Alexis Tsipras, together with our peoples we reached a historical victory. Long live the Prespa Agreement!

“For eternal peace and progress of the Balkans and in Europe!,” posted Prime Minister Zoran Zaev on his official Twitter and Facebook profiles following the ratification of the Prespa Agreement in the Greek Parliament. 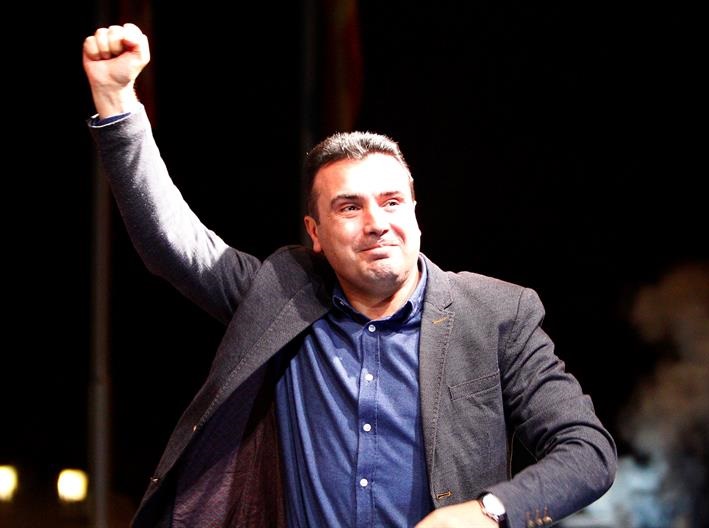 President of the European Council Donald Tusk congratulated Friday the ratification of the Prespa Agreement in the Greek Parliament.

“They had imagination, they took the risk, they were ready to sacrifice their own interests for the greater good. Zoran, Alexis – well done! Mission impossible accomplished,” he tweets in Macedonian, Greek and English. 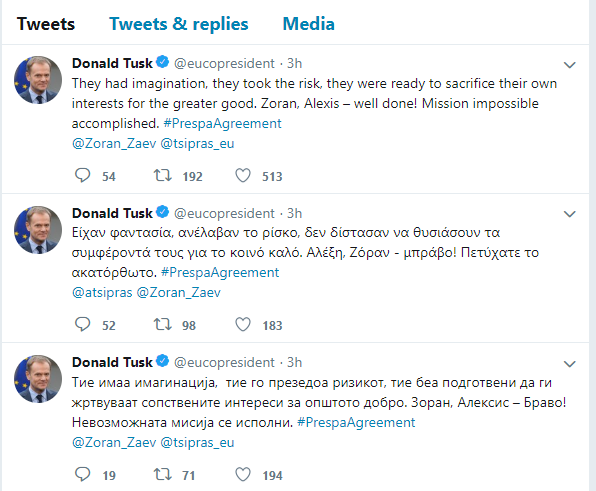 EU Enlargement Commissioner Johannes Hahn called the settling of the name dispute ‘a historic breakthrough’ for the two countries, for the region and Europe as a whole.

“I applaud the leaders on both sides for their courage and vision,” Hahn tweeted.

This success, he added, could not have happened without the firm EU accession perspective for soon to be North Macedonia.

“This is the EU power of attraction at its best, which brings stability and prosperity to the region at a time when destabilizing forces are on the rise,” Hahn said.

The EU Commissioner noted that he was very happy ‘as the long journey to Prespa started with the Przino Agreement of 2015’, mentioning that he had mediated it and had allowed the country to overcome a deep political crisis.

“Since then the country has embarked on deep reforms and tackled its issues with neighbours. This should be an inspiration for the entire region,” Hahn concluded.

Pierre Moscovici, European Commissioner for Economic and Financial Affairs, in a Twitter post regarding the name deal’s ratification in Greece said that an important stage was beginning for the political and economic stability of Greece, of the region and Europe as well. 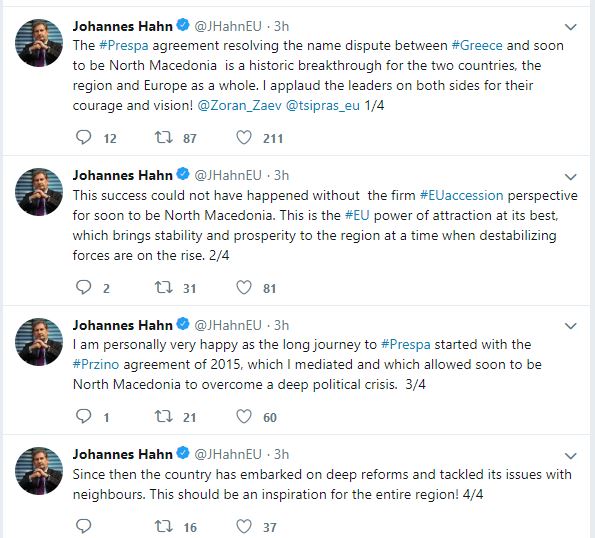 Secretary General Jens Stoltenberg welcomed Friday the Greek Parliament’s decision to ratify the Prespa Agreement, ‘an important contribution to the stability and prosperity of the whole region. 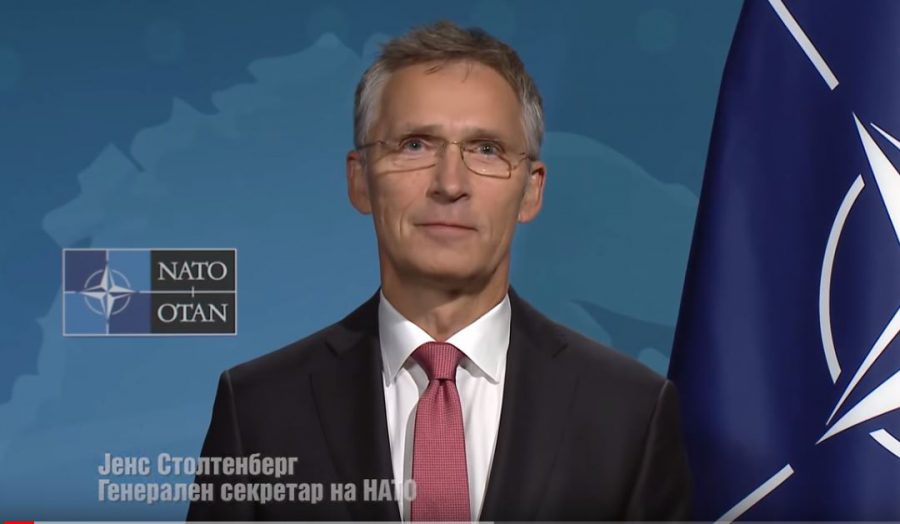 The Ambassadors of Canada to Skopje and Athens, Kati Csaba and Mark Allen, congratulated Friday the countries on the ratification of the Prespa Agreement.

“We congratulate North Macedonia and Greece on ratification of the Agreement. Completion of this process is an important step, animated by courage and vision on all sides. The Agreement resolves a disruptive, long-standing dispute and paves the way for a broadening of the relationship between Greece and North Macedonia. We believe the outcome of this Agreement will be to support long-term stability, reconciliation and economic progress in the region, reads the statement.

Leadership and compromise in both countries were required to reach and ratify the Agreement, said Csaba and Allen.

“Finding a path forward, to move beyond long-entrenched positions, is not easy.The steps taken hold the promise of a better future for all. With the completion of ratification, Canada looks forward to working with our partners to help realize the benefits of the Agreement and of a closer partnership between Greece and North Macedonia,” the two ambassadors note.

“This is a historic day, for Northern Macedonia, Greece and Europe. Congratulations to the people of Greece and North Macedonia. Agreeing on the name issue opens the way to a closer coordination with NATO and the EU,” tweeted Reynders.