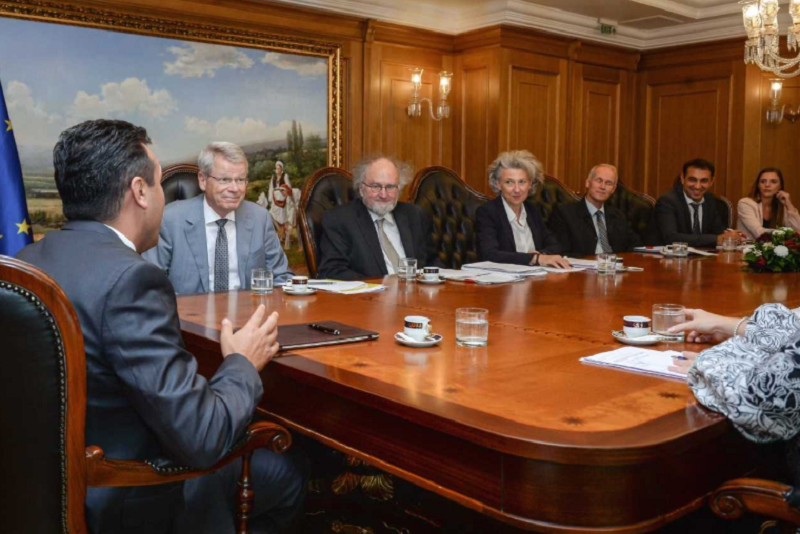 Venice Commission conclusions to revise the Law on Languages ​​Advancing Use of Albanian Language have ignited the political scene and have sparked debates in North Macedonia.

Prime Minister Zoran Zaev urges that the recommendations of Venice be respected and that he warns against revising the law. “Since we have also debated the adoption of the Law, we have said that we will wait for the Venice Commission and respect it. It is good that the European language usage limit has been overcome, but certain rights are still violated”, Zaev said.

But the DUI (Democratic Union for Integration) coalition party is not in line with Prime Minister Zaev. “If this law is reopened, then we will reopen the Ohrid Agreement and go back before 2001. The main reason why the law was sent to the Commission was to assess the dilemma of whether bilingualism should be part of the banknotes and military uniforms. The Commission’s assessment is positive for these provisions. Regarding the remarks on the use of the language in the judiciary, I think we should continue to build capacities so that the Albanian language can be applied as soon as possible in the judiciary and other segments of the administration”, said Bujar Osmani, Deputy Prime Minister for European Integration.

VMRO-DPMNE demand that the law should be removed immediately. “A new law should be made, involving all ethnic communities in the Republic of Macedonia, and a law according to the size and representation of all, without favoring certain ethnicities to the detriment of everyone else”, said VMRO-DPMNE spokesman Dimce Arsovski.

The Alliance of Albanians (ASH) emphasized that Albanians are not a minority and that the Albanian language should be regulated by the Constitution. “To begin with, the law should not have been sent at all because it is in line with the Constitution. We Albanians are not a minority here, but we are a constituent community above 25%. As an Alliance for Albanians we insist on making constitutional changes and make Albanian an official language”, said ASA Secretary General Arben Taravari.