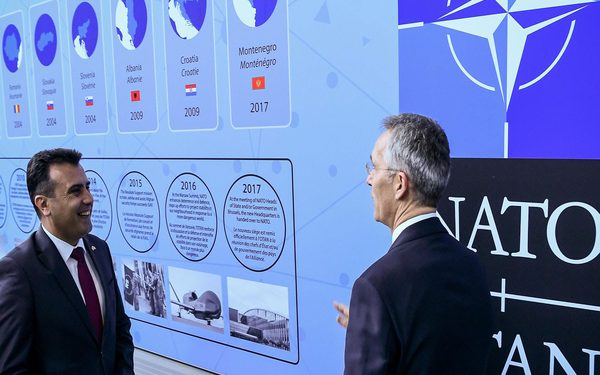 “It was really unfair for us, we’ve been a candidate country for fifteen years. All 28 countries in the EU Council confirmed we fulfilled reforms, we found a solution with Bulgaria and Greece, we changed our constitutional name… The decision that the EU now needs more time was very destibilizing for us, we were much disappointed but we’re continuing with the reforms and we hope that this mistake will be changed very soon,” PM Zaev said.

He thanked Poland and the other members of the Visegrad group for their support to North Macedonia’s NATO and EU reforms.

“Poland has been one of the biggest supporters for our country to achieve not only solutions in bilateral issues, but also standards to fulfil to be a full member of NATO and member of the EU. Of course, that kind of politics from all Visegrad Group countries was a good example for us, they shared their experience with us,” Zaev noted.