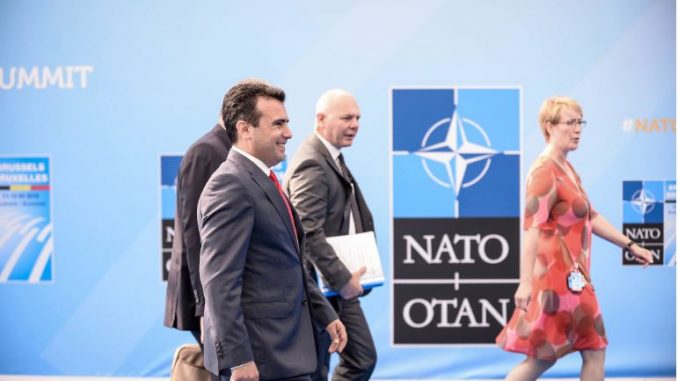 The government delegation headed by Prime Minister Zoran Zaev is attending the NATO Summit in London, marking the 70th anniversary of the Alliance’s existence. The government delegation led by Prime Minister Zoran Zaev, today before the NATO leaders’ meeting in London, had a meeting with former senior officials and ambassadors of the Alliance and the EU, members of the Ohrid Group.

“With dedicated and supportive friends we talked about future joint initiatives for international affirmation and visibility of North Macedonia, which will soon be a full-fledged NATO member. NATO membership is the realization of our sovereign strategic decision, adopted by consensus in 1993. NATO membership means security and stability, as key preconditions for economic development and prosperity, as preconditions for the economic development and prosperity of our country and its citizens in the company of the most powerful alliance in the world”, the Prime Minister posted on his Facebook profile.