Not even the stepping down from power, the intra-party turbulence, the turmoil, the shifts, the resignations, the trials, the allegations of crime and effective verdicts for top party officials significantly affected the ratings of VMRO-DPMNE. On the contrary, if the opinion poll conducted by the M-prospect agency for Telma’s project and the Macedonian Center for International Cooperation (MCIC) is believed, the opposition party is the leader in the Macedonian voting bloc, with the support of 30.4 percent of voters. Their biggest opponent, SDSM, has 25.5 percent confidence in the Macedonian voters, but is in the lead in the general order because of the inclination of the Albanians, where it is a leading party even before the DUI, as well as in other ethnic communities. On the other hand, VMRO-DPMNE, which has a rating of 21.5 percent at the state level, will have to actively work to win over the “non-Macedonian” voters, as the Albanians offer zero support, while the rest only 13.7 percent of support.

Because of the name issue, everything else has been neglected

Aleksandar Krzaloski of MCIC detected three key points that the party led by Hristijan Mickoski managed to keep the high rating despite a steep violation of the company’s image, which maintained in the Macedonian sky for 11 years. 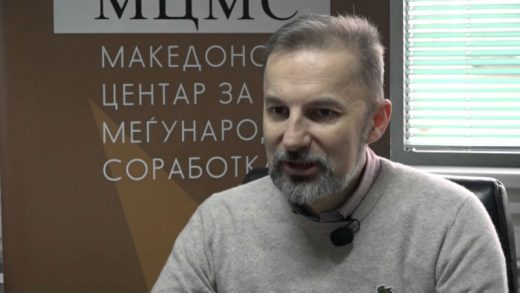 “The first reason is the drama around the constitutional changes in the Parliament and the assessment that the majority of Macedonian voters have a negative opinion about the Prespa Agreement and do not accept which was partially shown in the referendum. In this context, the VMRO-DPMNE’s hardline position on this issue has a role as well. Yes, they didn’t say at first whether they are supporting the boycott, but not once since the signing of the agreement between Nikos Kotzias and Nikola Dimitrov until today, they said anything praiseworthy about the agreement. The second reason I see in the dissatisfaction of citizens is that of the few other things the government does or does not do, which is fully focused on resolving the name dispute. Here I am referring to the implementation of reforms, poverty reduction, economic progress and the fight against corruption, as well as isolated incidents that are damaging to Nikola Gruevski’s escape. Because of the name issue, everything else is neglected, the society is polarized, the two blocks are homogenized and do not get out of the trenches, due to which they maintain their rating.
Thirdly, I would list the transition in the leadership of VMRO-DPMNE, which is stabilizing and which can be seen in the personal rating of Mickoski, who is in the leading position in the right-wing bloc. It is obvious that some intra-party moves, such as recent exclusions and resolutions, come to an understanding with their supporters,” analyzes Krzaloski.

According to him, the announced protests and mass gatherings cannot increase the rating of the party in the coming period, but will contribute to further stabilization, having in mind that the party will mobilize their membership, and the party’s activities will be intensified in the public.

The disappointed will not necessarily reorient

Unlike Krzaloski, Nikola Spasov, who is director of the agency Rating, does not think that the current developments regarding the agreement with Greece, the mistakes of the government of Prime Minister Zoran Zaev or the internal party consolidation in VMRO-DPMNE significantly influence the ratings of the largest opposition party in the country. He says that we are talking about a party that was an undisputed government in the country for 11 years and in that period of time managed to build a fairly solid and stable electorate. 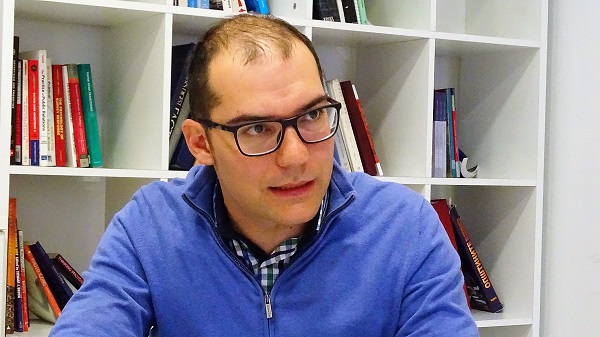 “Let me remind you that the right-wing bloc is by nature more stable and stronger than that of the leftists or liberals, as it is everywhere in the world, not just in our country. It is the most loyal wing that has remained loyal even though the party is no longer in power. They are ideologically identical to the party and nothing and no one can influence their stance. Second segment is the high level of clientelism, employments and benefits in a certain number of citizens provided by the former leadership of the party, which in turn has acquired their confidence. They are the two key reasons that VMRO-DPMNE has a stable, yet not a growing voting body, as argued in certain polls,” Spasov emphasized.

He explains that public opinion polls carried out in recent months show precisely this – a stable electorate and a relatively fixed rating, which was shaken only at a time when the new leadership headed by Mickoski manipulated against the referendum.
“I reiterate, I do not see a link between the agreement and the mistakes of the government with the ratings of the opposition. True, the research shows that the government is no longer having the wave of confidence and optimism that they had when it came to power, but we are talking about citizens who are disappointed and which does not necessarily mean that they will be reoriented in the opposition. Here are the undecided, their percentage is high and the question is who will decide in the next elections, whenever they may occur”, concluded Spasov.

According to a poll published last week, among Albanians – Prime Minister Zoran Zaev’s party is more trusted (27.5%) and DUI of Ali Ahmeti (27%), and not a single member of the second largest ethnic community the country would vote for VMRO-DPMNE. In other nationalities, SDSM would get 34.7 percent, and opposition only 13.7 percent. In total, if the parliamentary elections were held tomorrow – SDSM would be a winner with a support of 26.8 percent, and VMRO-DPMNE would still be in opposition with a rating of 21.5 percent.

Analyst Visar Ademi says that in order to strengthen the coalition capacity, VMRO-DPMNE should emphasize the economic policies and present a new package in which it will not divide the citizens on ethnic, religious or national lines. Then the opposition party can hope for some Albanian bloc on its side, but more importantly: less resistance when the party would have to reach an agreement on cooperation for forming a government in the future.