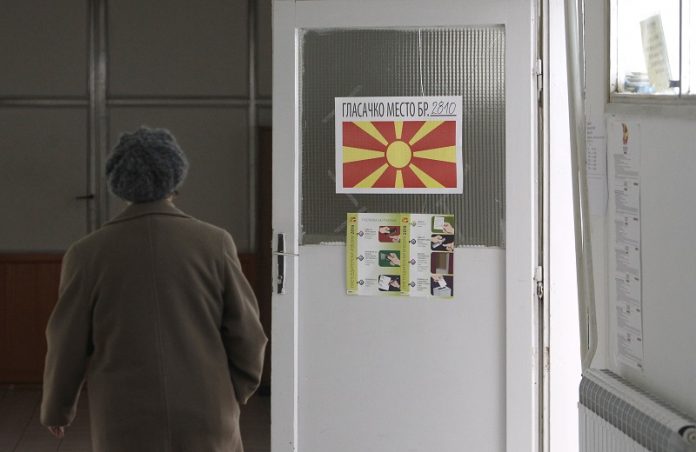 In parallel with the optimistic announcements by the government and the opposition that the second round will be successful, a reserve plan is being prepared if there is a low turnout on Sunday. The government announces that early general elections will be scheduled immediately, and they will be held next autumn. However, they will first wait for the results Sunday night, and then, if there is a low turnout of at least 723,253 voters, they will consider whether and how the Parliament will intervene to prevent such a scenario in the future.

In fact, the government on Ilinden Street is currently considering several options available in the event of unsuccessful presidential elections. The first two options include new constitutional amendments. According to the first option, the head of state will no longer be elected in direct elections, but in the Parliament. To do this, a two-thirds majority would be needed, which would again require compromise with the opposition. Currently, thoughts that prevail among the ruling SDSM and opposition VMRO-DPMNE are that direct elections are still a better solution, since in this way it is left to the citizens to elect the president themselves, while in the Parliament the epilogue would always be known, and would go in favor of the ruling majority, which would not be good for democracy. On the other hand, electing a president in Parliament would leave room for a bargaining between the coalition partners, so it is not surprising that DUI is not against this option.

For these reasons, Ali Ahmeti’s party is against reducing the turnout threshold from 40 to 30 percent, because Albanian votes were no longer decisive and would not be at a price like they are now, or in some previous election cycles. That is, in fact, the second option, which will again need a two-thirds majority according to the Badinter principle, which means that it would be impossible without the votes of Albanian lawmakers.

There is also a third option, and it is scheduling snap elections along with the presidential ones, without changing anything which means that 40 percent turnout will be required yet again. But then the chances of this happening again are growing, because practice shows that the citizens are highly motivated to vote in general elections, than they are in the presidential elections.

Constitutional amendments are a process that takes at least six months, and there are different interpretations when new presidential elections should be scheduled if they fail next Sunday. Article 122 of the Electoral Code states that: “If even in the second round of voting, none of the candidates has received the required majority of votes, the entire election procedure needs to be repeated.” Deadlines are not specified. Some of the lawyers refer to Article 14 of the Electoral Code stating that “in case of termination of the President’s term, for whatever reason, the election of a new president is made within 40 days from the day of the termination of the presidential term”. If this article is followed, then Parliament Speaker Talat Xhaferi should schedule the elections immediately after the second round, if the voter turnout is low. But this article is imprecise, therefore some of the experts quote article 82 of the Constitution, which states that “in the event of death, resignation, permanent inability to perform the function or termination of the term in accordance with the Constitution, until the election of President of the Republic, the President of the Republic is the President of the Assembly”. This means that Xhaferi would be acting head of state, but it is not clearly established by when, ie it does not say how long he would have to be president, and when new elections should be scheduled.
Prime Minister Zoran Zaev said that if Gordana Siljanovska-Davkova wins the Sunday’s elections, he will schedule early general elections.

“We stood behind an independent presidential candidate who we expect to put in the office as the future president of the Republic of North Macedonia. I believe in that, and that is my desire, dedication and expectation for the future of the country. Of course, the citizens have the last say, and if they decide otherwise, we will project a term for early general elections,” SDSM leader Zaev said.

His political opponent from VMRO-DPMNE, Hristijan Mickoski, also said that he was certain that the turnout threshold would be met, and that Siljanovska would win. DUI President Ali Ahmeti hopes for higher turnout in the second round and announces that his party’s organs are working on reaching the required turnout.

The European authorities demand that the elections be crystal clear so that the country can hope for accession negotiations with the European Union. They do not condition that the required turnout must be met, but they recommend that it would be positive for the country to elect a president, and not engage in new elections next autumn, which will undermine the required reform processes.