дома Macedonia Tsipras: I tried to solve the name issue with Gruevski, but he... 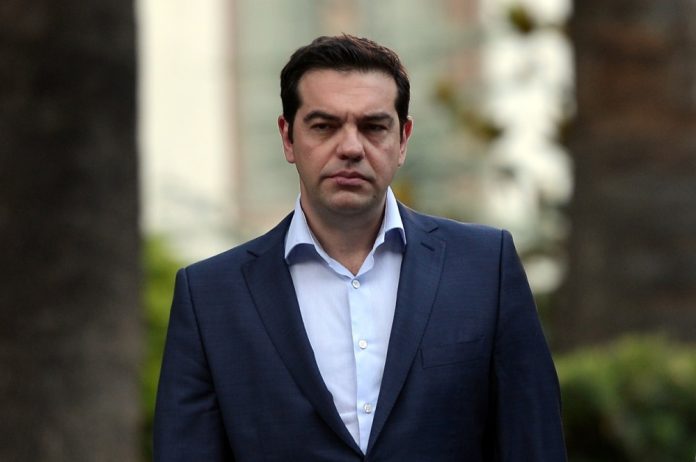 Greece’s Prime Minister Alexis Tsipras says in an interview with The Financial Times that he had tried to initiate a discussion on the name issue in the time when former PM of North Macedonia, Nikola Gruevski, was in power.|
“Gruevski was a guy who never wanted to negotiate. I remember that I went to Berlin. I met Chancellor Angela Merkel. We discussed for a long time the economic crisis, debt, deficits, memoranda and so on. We decided to talk about external policy as well, and I said, ‘I want to solve this problem, even with Gruevski. I’ll try to provoke him by sitting him down at a table. If he doesn’t want to sit down at a table, I will accuse him [of not wanting a settlement],’ says Tsipras.

Angela Merkel told Tsipras she did not believe him because all of his predecessors never wanted even to open this case, especially former premier Antonis Samaras.
“I said, ‘My opinion is different. My view is that Greece will only benefit if we manage to solve disputes with our northern neighbours. Greece has enough differences with its neighbours to the east — we don’t need more problems with our northern neighbours, especially if they are countries that I believe are not threatening to Greece,’” notes Tsipras.
Regarding the Prespa Agreement, he says it is a balanced and mutually beneficial solution.
“It seemed the only difference was the name. But it was not the name — it was our history and our identity. This made it very difficult. I think it’s a balanced agreement. Nobody won his position 100 per cent … Just imagine, North Macedonia is a small country with 2.5m people. If we have a normal relationship, this country could be a strategic partner for Greece, a field for investment, for opening up markets,” says PM Tsipras in the Financial Times interview.