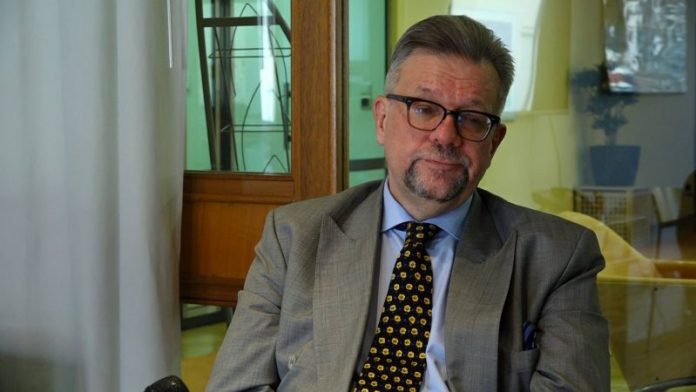 The government of Sweden highly appreciates the work of the Special Prosecutor’s Office, Swedish Ambassador Mats Staffansson told Katica Janeva and her coworkers at the SPO during a meeting Thursday.

Swedish Ambassador Staffansson said Sweden and the entire EU were watching closely the steps taken to revise the Law on the Public Prosecution, which would integrate the SPO into the country’s legal system and grant it authority to investigate other cases of high corruption, as well.

Welcoming the country’s progress in recent months, Staffansson said North Macedonia still needed to fight against high corruption and to investigate all instances of abuse of power revealed in the wiretapped conversations, according to the Embassy of Sweden’s press release.

The political parties and Parliament should solve this issue with great urgency, he said, as it strongly influences the country’s EU prospects.