The tender for the procurement of medicines for rare diseases has been postponed for so long that caused many patients with various diseases to be left without therapy and this endangers the lives of those patients, stated civil society associations. In contrast, Minister of Health Venko Filipce reassures that the tender is completed and that there are medications.

The Association for Emancipation, Solidarity and Equality of Women (ESE) pointed out that the Ministry of Health published an ad for the procurement of medicines for the treatment of rare diseases in the amount of 5.4 million euros on April 3rd.
“Two months have passed since the deadline for opening bids, and there is still no publicly available information on how much and which drugs are purchased and which pharmaceutical company got the tender,” ESE says.

Patients complain that the three new drugs that the Ministry in early March said they will be introduced be introduced this year are still missing. One of the medication is for the treatment of Gaucher disease, one for the treatment of people with FAP-familial amyloid polyneuropathy and one for the therapy of aplastic anemia. The life of one of the patients with the FAP disease is seriously threatened.

Vesna Aleksovska from the Association of Rare Diseases “Life with Challenges” said that it is incomprehensible how such problems can be created and patients put in life-threatening situations. They urge the institutions to find a solution as quickly as possible.

-The preparations for the tender for rare diseases started in January, it was finally opened in March-April, and after the announcement in February. The bids were opened in June. The procedure lasted longer due to review of documentation because of the new law on parallel medication import. Once we were informed as associations that there will be no parallel import, it really relied on us and we were expecting to finish everything as soon as possible. But obviously it was not the end. Now there are complaints that are being considered and are again concerned about the possibility of entry of medication from parallel import – said Aleksovska.

The associations say that while the tender procedure lasted, various diseases were left untreated for various medicines, due to which an emergency import was made in order to avoid shortage.

– And that was not successful everywhere. For two months now, the Forsteo drug is not available for one patient. No one called to bring it because of the small amount. At the end of the month there will be a deficiency of the drug Vimizim for two children with Mucopolysaccharidosis type 4a. Four patients have the FAP disease. It is already late for one of them, the disease has advanced and this life will be lost – says Aleksovska. 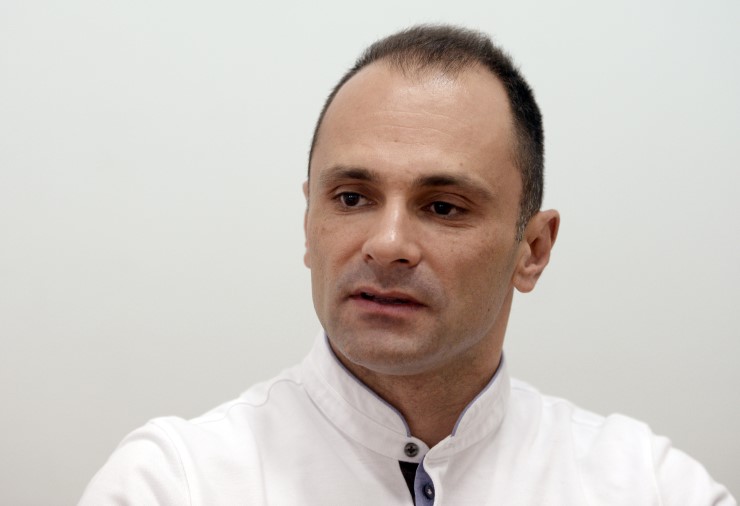 The Minister of Health, Venko Filipce, told Nezavisen/Independent newspaper that there were complaints submitted on the tender for medicines, to which they replied yesterday. He claims that there will be no shortage of drugs and that there will no longer be medication from parallel import. As for the FAP disease, Filipce says that the first time a therapy is being purchased.
Immediately before taking up the post, he put rare diseases as his priority, and negotiated with the Minister of Finance Dragan Tevdovski for increasing the budget for rare diseases. Filipce also gave support to these patients in the marathon “Ohrid TrcaT”, where he ran as part of the team of people with rare diseases.
The Rare Disease Program provides medication for a total of 28 different diagnoses for about 400 people suffering from them.