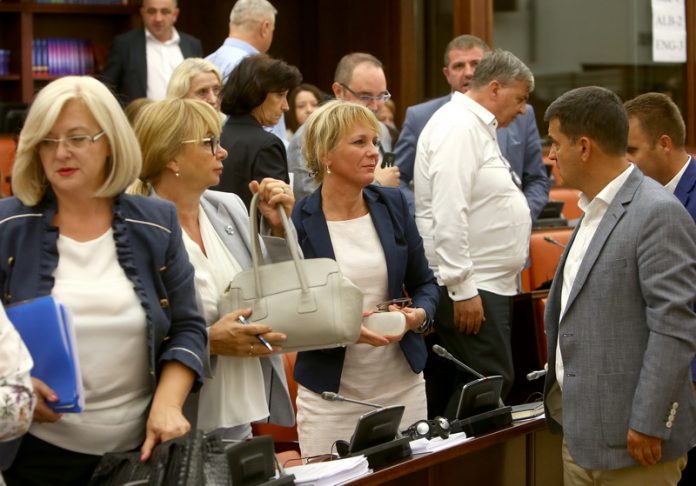 The Council of Public Prosecutors has ruled unanimously to start a procedure for the dismissal of Katica Janeva from her post as chief of the Special Prosecutor’s Office, according to Council President Kole Shteriev.

Shteriev said a report would be submitted to Parliament by Friday at the latest, and Parliament is then to continue the procedure of Janeva’s dismissal.

Asked about the contents of the report, he said “it will contain enough information that the law requires so that Parliament can proceed” with the next stage of the procedure.

In response to a reporters question what would happen to the SPO cases if Janeva is dismissed, Shteriev said: “That doesn’t concern me at all. Today I’m here to brief you on what the council is doing. Any developments and consequences that result from it are not our business at the moment.”

Previously, during its Tuesday eight-hour session, the council reviewed documents in connection to the Racket investigation after Janeva had been put in detention as one of the suspects.

Shteriev had said Tuesday’s session was unusually long “because we’ve never had to face such a situation in which a head of a public prosecution office has been ordered pre-trial detention.”