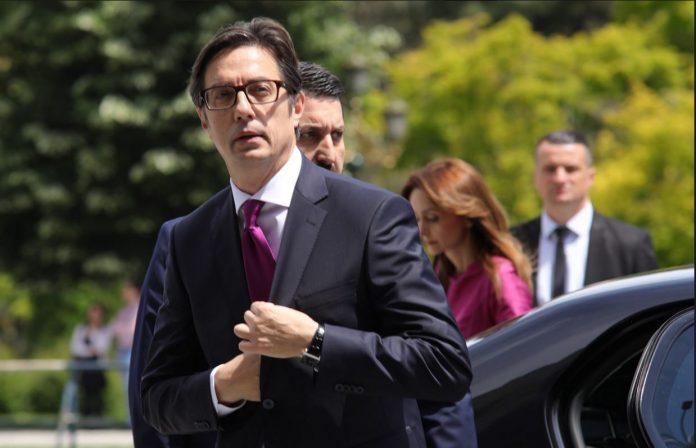 The “Racket” case is a crucial test for the legal system and should be solved thoroughly, not for the sake of Europe but for our own sake. Influence, regardless of the side it is coming from, should not be tolerated, said President Stevo Pendarovski at the third plenary session of the National Convention on the EU in North Macedonia (NCEU-MK) in the Parliament.

President Pendarovski said it was disappointing to see the insignificant number of rulings in cases of high-level corruption and proper sanctions since the country’s independence.

“And we all know abuse is abundant. This shows that high-level crime and corruption were covered up and we practiced a culture of impunity,” said Pendarovski and added that the economy suffers if there is political interference in business, a few people get rich under suspicious circumstances, while the people suffer.

“We should give our institutions maximum support in the fight against corruption, so that the culture of impunity stays in the past,” noted Pendarovski.
Pendarovski said that the NATO membership and the start of EU accession negotiations are pending while adding that the country needs to build an environment where politicians would not be a special category of people who are not bound by laws.

He said the best results in the implementation of the Group of States Against Corruption (GRECO) recommendations was registered in 2002 and 2005, but indicators have dropped since 2010, reaching an unsatisfactory level in the latest report.

“Something is not right in the administering of the therapy. We need far more energy and commitment, citizens are right when saying that state institutions do not do their job in the best possible way. Results in the fight against crime and corruption are there only if the system is working. This is something that requires clear will by all political stakeholders in the country,” stressed Pendarovski.

According to him, a successful fight against crime and corruption requires unified efforts by the ruling and opposition parties, businesses, civil society organizations.

“The rule of law should not only be an empty phrase,” said Pendarovski.