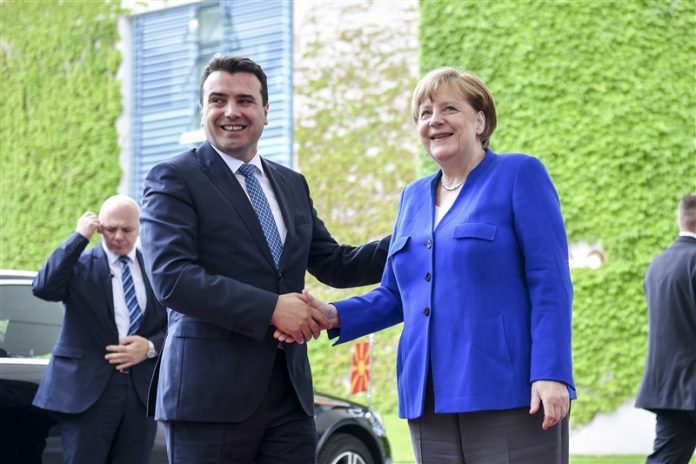 Chancellor Merkel says that although military conflicts of the 1990s have been overcome, many open issues still have to be solved.

“The present situation in the Western Balkans is calm, but there are challenges that have to be solved and criteria that must be fulfilled so that the countries are prepared to join the EU. The road ahead is still thorny,” notes Merkel.

However, she says there are positive examples of dialogue in the region, highlighting the settlement of the Skopje-Athens name row.

“By investing political courage, the Prime Ministers of North Macedonia and Greece, Zoran Zaev and Alexis Tsipras respectively, have managed to solve this conflict,” says Merkel.

According to her, such a positive example should represent an encouragement for the solution of problems in Bosnia-Herzegovina, but also between Serbia and Kosovo.

Merkel says the annual Western Balkans summits focus on infrastructure, in which EU invests a lot.

“We must follow the construction of motorways, railways, streets because we know that infrastructure networking contributes to more frequent communication among people,” says Merkel.

“We will also listen to what countries of the Western Balkans have to say, their experiences and their complaints, so that the EU can work to meet their requirements,” says Merkel.

Chancellor Merkel will take part in the Poznan summit, part of the Berlin Process launched in 2014 to enhance dialogue and cooperation among regional states.