Macedonians are an insufficiently physically active people. The data from recent research by non-governmental organizations, the Institute of Public Health and the Faculty of Physical Education are devastating. The problem is systemic, and the system does not recognize or relate to it. And it is very present. Especially in pre-school and class studies, from the first to the fifth grade, a phase that is pointed out as the basis for further development of the children, for their guidance, for acquiring habits in their teen years, for raising awareness and for fostering a satisfactory level of sports activities in their transfer from their second to their third decade of life. But the problem is also present in secondary schools. The strong breakthrough of technology, lack of time, lack of habits, lack of interest and money are listed as the main reasons.

Health examinations among the children in Ohrid unveiled numbers that are concerning. At the local level, a staggering 70 to 80 percent of young people face severe deformity of the spine and feet, and if empty phrases and cliches are not replaced by concrete measures, the country will be facing numerous cases of reduced working capacity in the future. 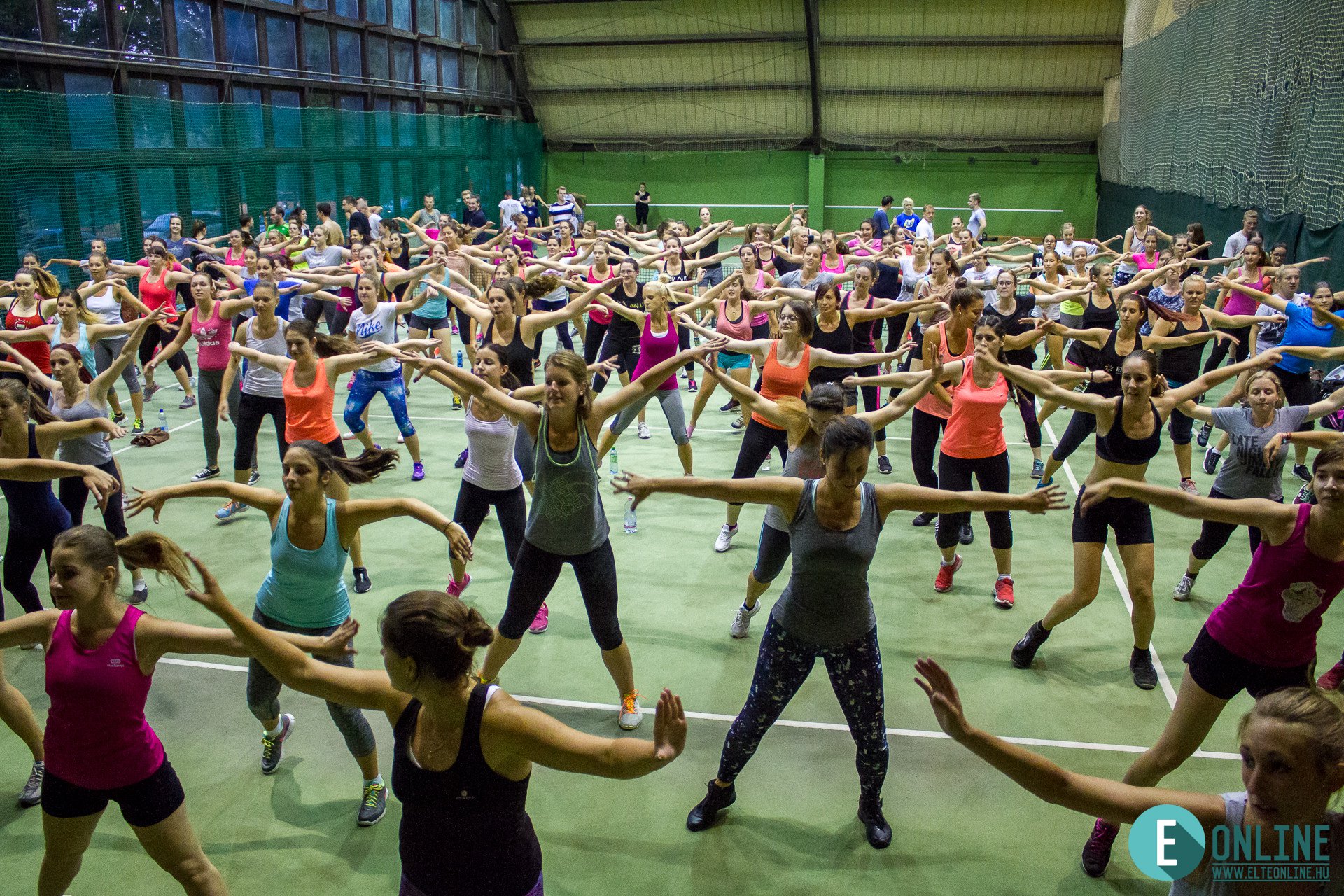 “Deformities in children arise from constantly sitting in front of a computer, or in front of a TV set. The modern way of life has made children physically inactive. The reality is devastating. Spending a lot of time in front of a computer, on the phone, in front of a TV, laptop or tablet leads to poor eyesight as well. The three weekly classes of physical education are insufficient and I think it should be increased to five,” says Rade Ilievski, physical education teacher at the Rajko Zinzifov elementary school.
There are several consequences of physical inactivity in the form of deformities. Kyphosis may occur (curvature of the central part of the spinal column), scoliosis (lateral curvature of the spine, which if ignored may require surgery), lordosis (deformation of the lower spinal column in the lower part of the back, can also appear on the neck), flatfoot, the so-called “Chicken breasts” (Pectus Carinatum), etc. 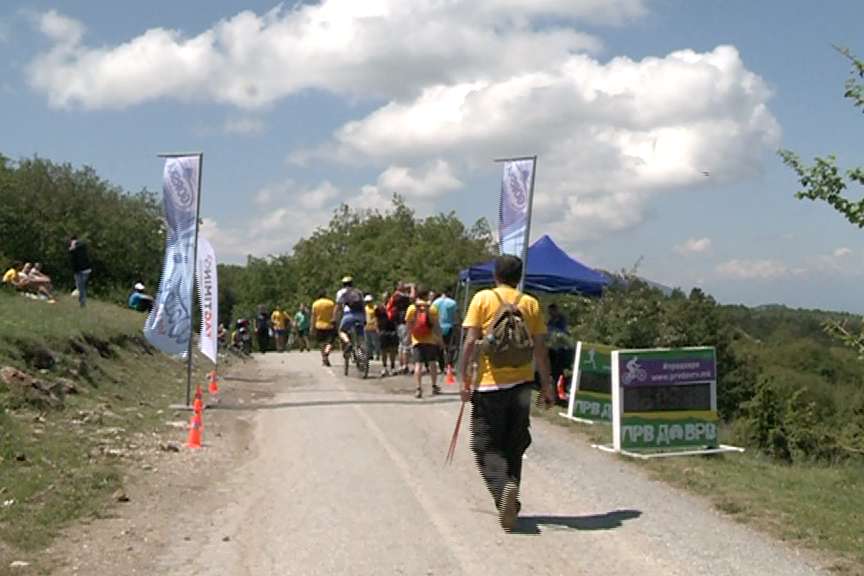 Only 8.3% Macedonians are physically active

The Institute of Public Health has consistently recommended regular physical activity with moderate intensity such as hiking, cycling and sports. According to the World Health Organization (WHO), about 80 percent of the total teenage population on the planet is physically passive, the reason that ranked fourth in the list of mortality risks in its report. The Macedonian average is above the planetary and according to a survey from 2016, only 8.3% of the total population in the country is physically active over 150 minutes continuously in accordance with the WHO recommendations for improving and maintaining health. The division of the time needed for a “healthy body, healthy mind” in the WHO has been made on the basis of three age groups. The first is from 5 to 17 years or age, whose prescribed daily minimum is one hour of moderate to vigorous physical activity. The second group is from 18 to 64 years of age, which needs 150 minutes of moderate physical activity a day, 75 minutes of vigorous activity a week, or a balanced mix. For people over 64 years of age, a maximum of two and a half hours of moderate physical activity or 75 minutes of vigorous physical activity in a working week is recommended. But for the largest part of the Macedonian population, the saying that “they would enter a café, a restaurant or a platform with a car if they could” is true.

No habits in elementary school, no attitude toward physical education in secondary

Nezavisen Vesnik/Independent daily newspaper asked for the reasons for the physical passivity of the Macedonians. We asked for attitudes and answers from teachers and professors in physical education, and we had the opportunity to get direct answers from students as well.

We visited a secondary school in Skopje, and observed four different classes and we instantly realized that there was no attitude toward physical education classes, which was not the case 25 years ago. Although the total number of teenagers we met was not great, only three reported that they were carrying equipment, and none of them entered the gym wearing it. 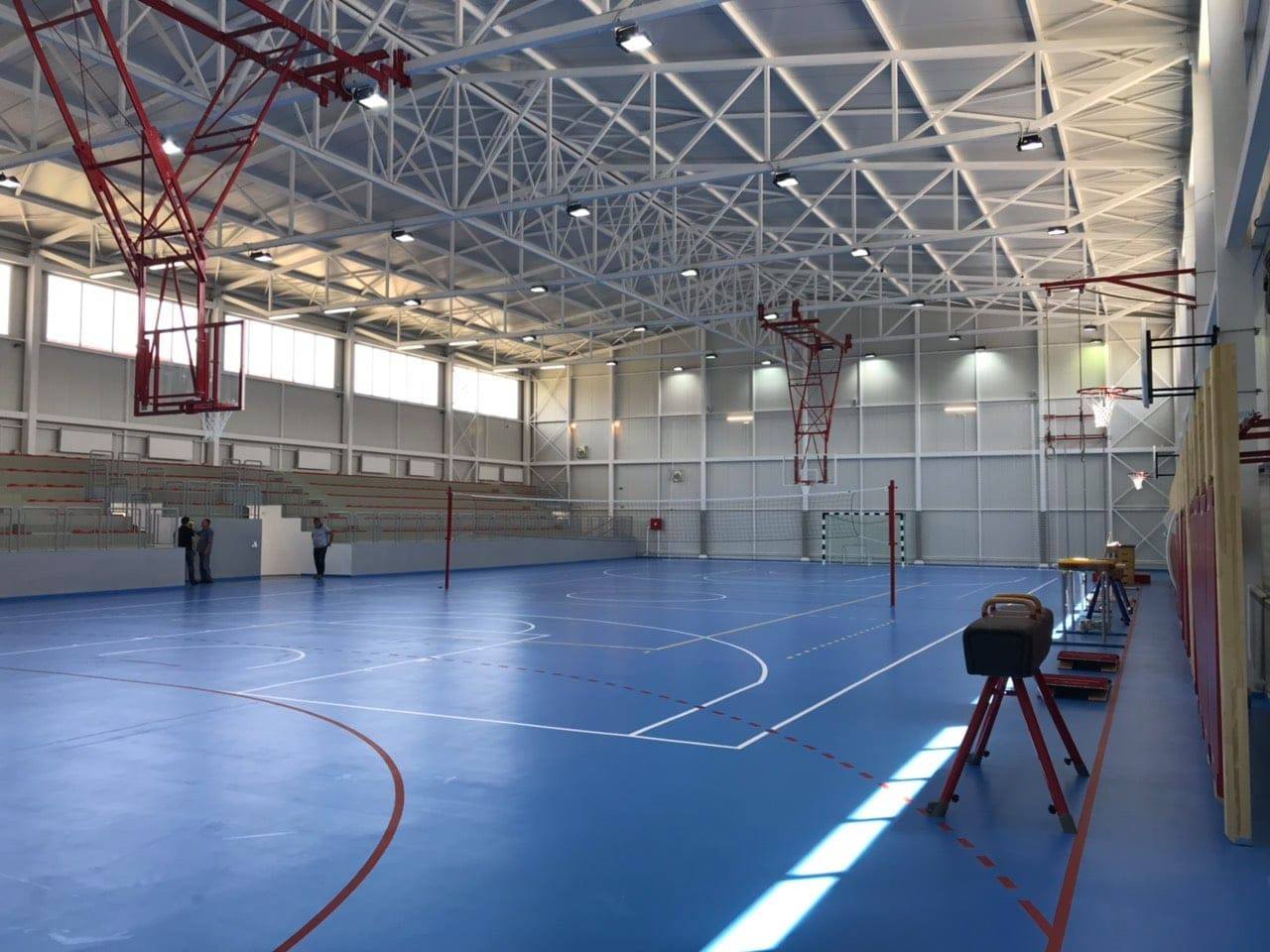 “Not carrying equipment for your physical education classes, it’s like not having a pencil or a pen for your Macedonian language or mathematics classes. It’s not appropriate to wear jeans and a jacket during practice,” one of the school teachers explained her principle, and she was absolutely right. We were interested in what the problem was – Is it in (not) acquiring habits from parents or acquiring their own habits, is the available conditions in the school or in the environment in which they live, is it perhaps the lack of free time, finances, friends etc.

“We are the main problem.” For two years I was part of the handball class. I had an injury, I changed schools and quit”, admitted a boy with the constitution of a handball round striker and predispositions for a potential successor to Stojance Stoilov.

“The gym is cold,” uttered his classmate through a smile as an alibi for leaving his equipment at home, but also as a new reason for apathy on his way to gym class.
“I love sports, especially handball. I really wanted to train and enrolled as a member of a handball club. But I faced injustice that demotivated me. My place in the team was taken by my peer from whom I was objectively better, but comes from a wealthy family and just had to be part of the team. After I lost my spot, I got hurt, and then I quit,” replied one of the boys.

All life habits are acquired in the youngest age, as well as for practice of sports activities. There are no official numbers, but estimates suggest that one in three children, maybe even one in two children in the country, is directed by the family to train some of the sports disciplines. Unfortunately, for the most part, it is not in the long run and after a certain period they quit as a consequence of various reasons (disappointment, incorrect selection, injury, health problem).

“The data from the studies on physical activity are catastrophic. All boundaries have been moved and nowadays, literally from the age of three, children are sitting in front of laptops. As a nation, we must begin to take action as we face terrible consequences. There is a large number of children with deformities such as scoliosis, kyphosis, lordosis, diagnosed at a very young age,” said one of the professors at one of Skopje’s high schools.

In some environments (primary schools), however, it can be heard that physical education classes are replaced with another subject, and are probably recorded as held classes.

“This type of complaint has not been submitted during this school year. If a derogation from the teaching classes is obtained and determined, appropriate measures will be taken, and classes must be realized according to the planned schedule,” the State Education Inspectorate (SMI) said.

“Tandem” projects in Karposh and Centar

It is most critical at the earliest age, up to the fifth grade, in which children are not covered in an organized physical training system. At that stage there is no control over them, which is later a problem in sports in our country.

“Many physical characteristics that can be corrected up to the sixth grade are a done deal. Later, all you have to do is work on strength, durability, and motoric skills. Balance and precision cannot be developed, which in a way means that we are facing a limitation and that is a problem. It is not something that is present now, but it is a problem that we had in former Yugoslavia as well. But then we had the streets, there were many children, we played and competed in many children’s games. We did all kinds of things and everything was compensated. Sixteen years of age is the first critical threshold for children quitting sports activities, girls quit even younger. The second is when enrolling to university and the third one is at the age of 21 when, for some reason, the boy or girl does not see that he or she will succeed in major league sports,” said assistant professor Dr. Vlatko Nedelkovski from the handball department at the Faculty of Physical Education, Sport and Health.

In the attempt to repair this devastating image, the so-called “Tandem” projects kicked off in the municipalities of Karposh and Centar, says Nedelkovski. There are 15 schools in which a teacher works with a professor of physical education. The Municipality of Centar completely finances the activities while the Ministry of Education and Science (MES) has selected 15 schools that cover one to two classes. The “Tandem” project has been present for 10 years in the faculty, and both measurements show improvement in structural-motoric obesity and abilities compared to ten years ago.

“You have to wait five or six years for health and ten years for sports. There is a shift for the better in physical activities as a way of life, if we are talking about the entire adult population in general. But the city of Skopje, or Kisela Voda, Centar, Karposh, Aerodrom are not the benchmark. There are many environments where the examples from these municipalities are not the case. They practice aerobics, fitness, weight lifting, running by the river Vardar, walking in a park or climbing Vodno, riding a bicycle, and all of this is actualized and gaining popularity, but as a way of life is combined with habits that were created between first and fifth grade, emphasizes Nedelkovski.
Over MKD four billion for the “145 sport halls” project

In the direction of improving the sports infrastructure, and thus bringing the sport closer to the youngest population, the state is involved through projects of the Ministry of Education and Science (MES) and the Agency for Youth and Sports (AMS). The total financial construction is projected at MKD 4,317,871,595 or over 70 million euros.
“So far, 65 sports halls have been built and put into operation, construction is underway for 11, and by the end of the project there will be 69 more. According to the foreseen financial framework, the activities are projected at 4,317,871,595 denars,” the MES told us about their project. It includes two types of halls – small and large, by certain criteria. 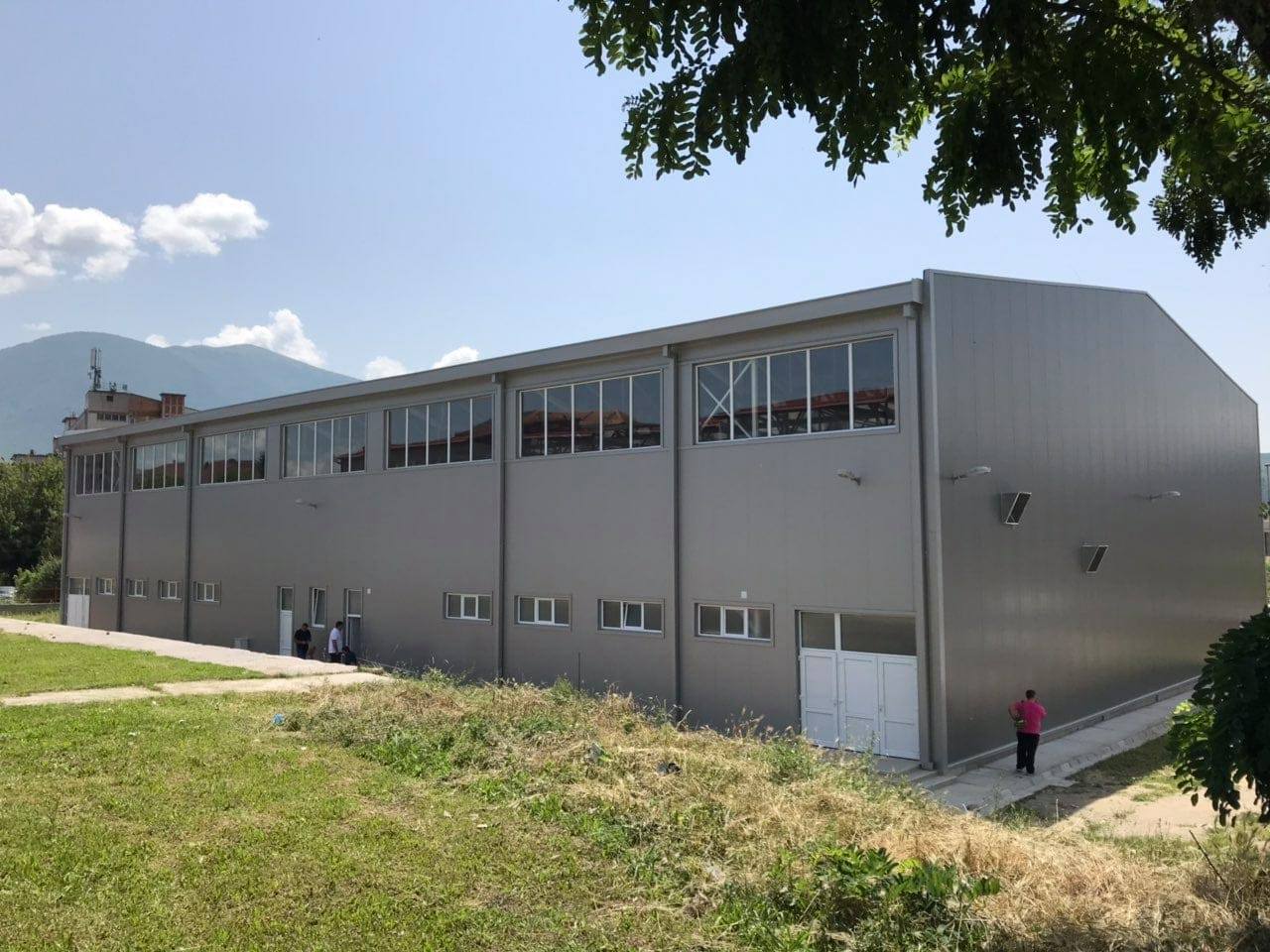 “The criteria are the number of students and the spatial conditions allowed by the school. According to this we have two types, that is, a small hall of 650 square meters and a large hall with an area of ​​1,200 square meters. Each has the appropriate tools and equipment for teaching physical education,” the MES explained. The MES, said that there is no information of possible abuses of the gyms built, and their commercialization during classes.

“So far, we haven’t received any complaints or petitions about the abuse of sports halls during the course of school classes. Whether the hall will be subject to commercial operation after classes are finished, that is, renting it to individuals or sports clubs is a decision of the school itself,” the Ministry of Education and Science stressed, adding that the establishment of the price for use is in competencies of the municipality or school. 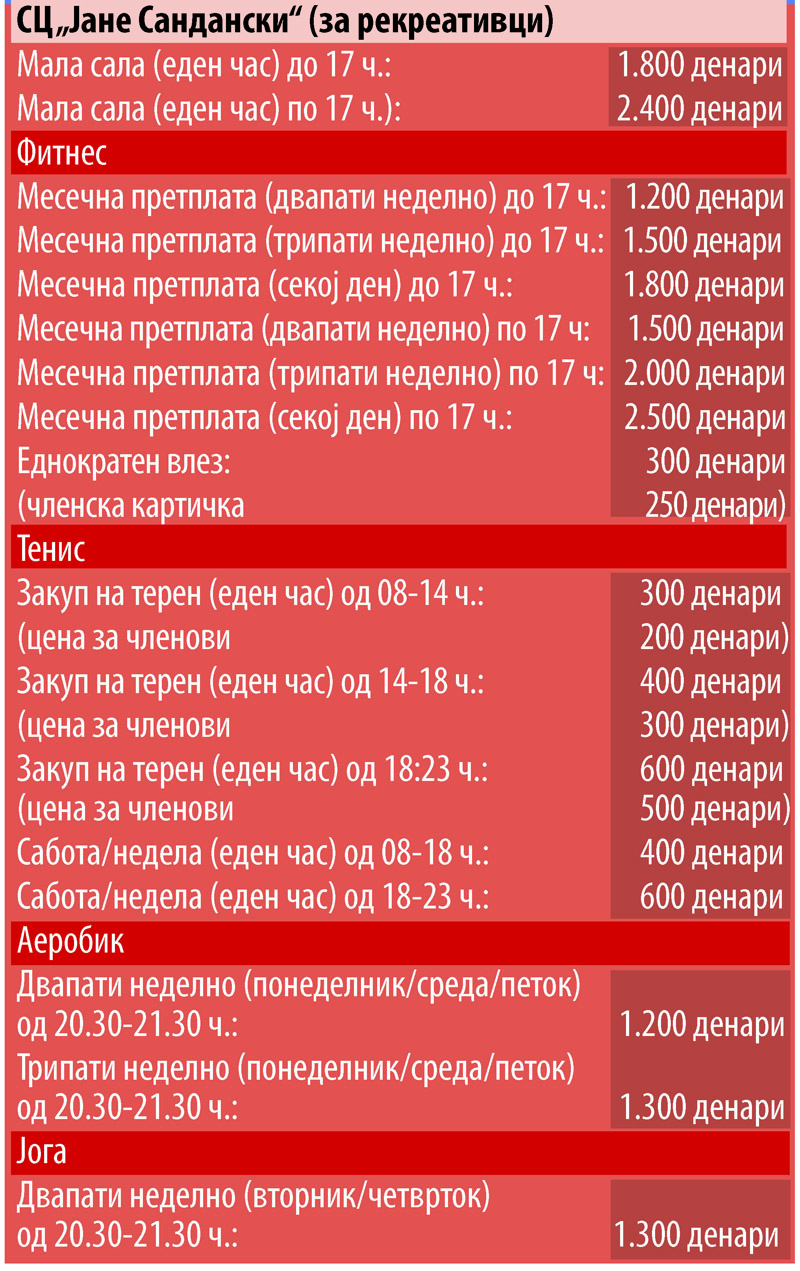