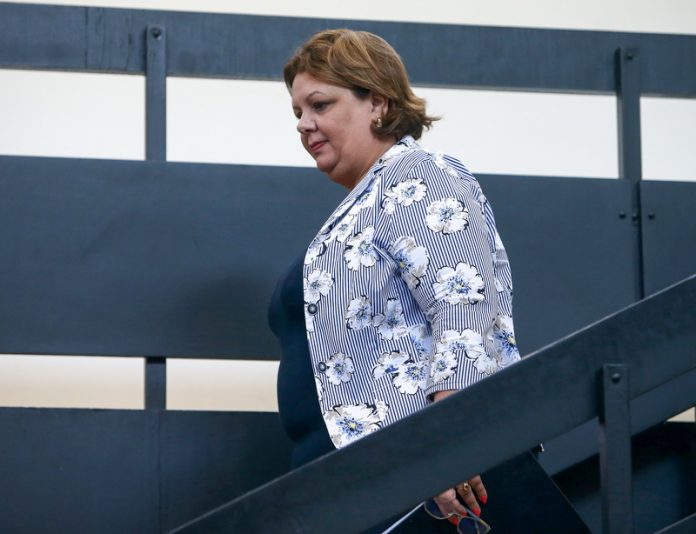 Katica Janeva, who is now in detention as the third suspect in the “Racket” case, has been dismissed from her post at the helm of the Special Prosecutor’s Office. The remaining special prosecutors’ status will be decided by the Council of Public Prosecutors on Monday.

The council called a special session on Saturday evening to accept the dismissal after Parliament earlier in the day had voted unanimously to dismiss Janeva.

Council chairman Aco Kolevski told the press Janeva was unanimously dismissed for “illegal, unprofessional, and unethical conduct” and her dismissal was effective immediately.

Asked about the fate of her associates, Kolevski said council members were expecting Parliament to draft a proposal in line with the current Law on the SPO.

The procedure for Janeva’s dismissal started when the parliamentary Committee on Election and Appointment Issues at a closed session on Sept. 5 passed a proposal for Parliament to dismiss her based on the Council of Public Prosecutors’ report saying she had acted against the law and the standards of her profession.

Next, Parliament, through holding a two-thirds majority vote and a double-majority (Badinter mechanism) vote, on Saturday adopted the proposal with 102 lawmakers voting in favor. The decision was also backed by 27 non-minority MPs. Janeva’s term was expiring on September 15.

Janeva had resigned on July 15, immediately after the Racket scandal broke and the case’s main suspects Bojan Jovanovski and Zoran Mileski were arrested.