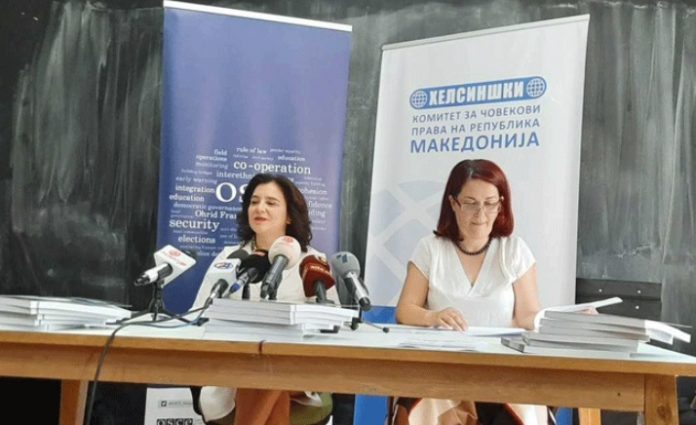 One in three women have experienced some form of violence and UN data shows that domestic violence is globally, the leading cause of death for females. Instead of feeling safe women are most vulnerable at home. In the first nine months of 2019, 709 cases of domestic violence have been reported in North Macedonia, 610 of which involved female victims, the Helsinki Committee for Human Rights said in a press release Monday, on the occasion of International Day for the Elimination of Violence against Women.

The press released underlined that results of an OSCE-led survey showed that “only 2% of women who have experienced violence at the hands of their current partner actually reported the incident to the police,” which means that real numbers of violence are higher than official statistics.

“Another worrying trend is violence acceptance. The results of an OSCE-led survey showed that ‘three out of five (60%) women think that violence against women is common, and nearly three in ten think that it is very common.’ Institutions, civil organizations, media, and citizens need to work together to change these bleak numbers. Violence against women is not a private matter, but a social phenomenon that should be eliminated,” the press release read.

The Helsinki Committee commended the initiative for a new law on domestic violence and violence against women, which applies the provisions of the Istanbul convention and includes civil sector recommendations.

“The new draft-law recognizes and sanctions new forms of violence against women, as defined in the Istanbul Convention. Swift adoption is needed so victims can benefit from this law,” read the press release.