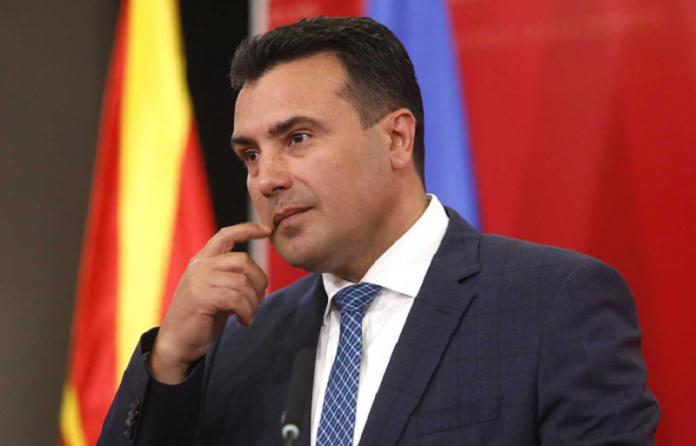 North Macedonia’s Prime Minister Zoran Zaev wrote in Facebook post that he has spoken on many occasions about the abuse of history for political aims and that the former authorities had conflicted the country with all neighbors through its antiquity attempt, keeping it in isolation for a decade.

“I often speak about the abuse of history for political aims. This was the case with the recent Alpha TV interview, when I referred to the past damaging policies of nationalism and antiquity campaign.

I cannot be the culprit for things that Gruevski and his ideological machinery did for 10-11 years.

Macedonians did not appropriate others’ history, Gruevski did, his political elite and their followers quasi-experts who launched a media offensive for justification of the identity engineering.

Gruevski and his propaganda, not the Macedonian people, carried out identity engineering in order to plant something that is not a natural or core element of the Macedonian national root.

They carried out a mass cultural operation called ‘antiquization’ and conflicted the country will all neighbors. They managed to keep us in isolation for an entire decade.

While they stimulated the alleged debates on who we are, they threw us into isolation and put our priorities – EU and NATO integration – into the dark basements. They regressed and blocked the process.

While using this as a screen, they committed crimes and political wrongdoings, for which they are now facing justice. I have invested my entire political power to solve issues for future generations.

Our country and our people have dealt with the antiquization and I will continue to talk on the need for peace and cooperation on the Balkans, but also the common history that brings nations together,” wrote PM Zaev on Facebook.