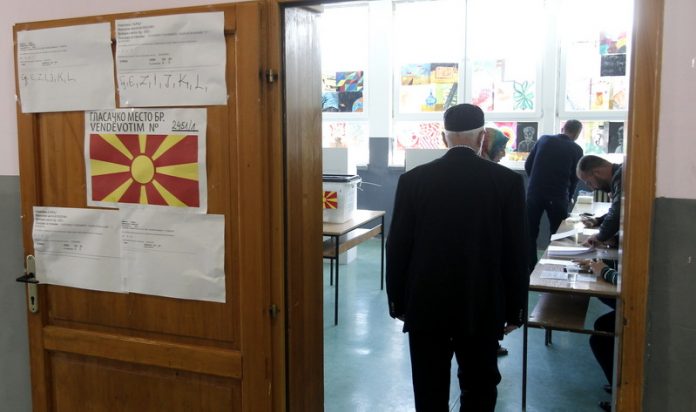 Polling stations across the Republic of North Macedonia closed at 19 o’clock as part of the second round of the six presidential elections.

Turnout in the presidential runoff by 5 p.m. stands at 38.23 percent and there are no irregularities reported at polling stations, said State Election Commission (SEC) president Oliver Derkovski.

It’s very likely, he noted, that the voter turnout threshold of 40% will be crossed in order the presidential run-off to be declared valid.

Inmates, internally displaced people, people under house arrest and home-bound citizens were able to cast their votes on Saturday. 3,381 domestic and 520 foreign observers have been monitoring the 2019 presidential elections.

Since the country declared independence in 1991, it has had four heads of state, including the first President Kiro Gligorov, who served two terms. He was followed by the late President Boris Trajkovski and Branko Crvenkovski. Outgoing President Gjorge Ivanov served two 5-year terms.