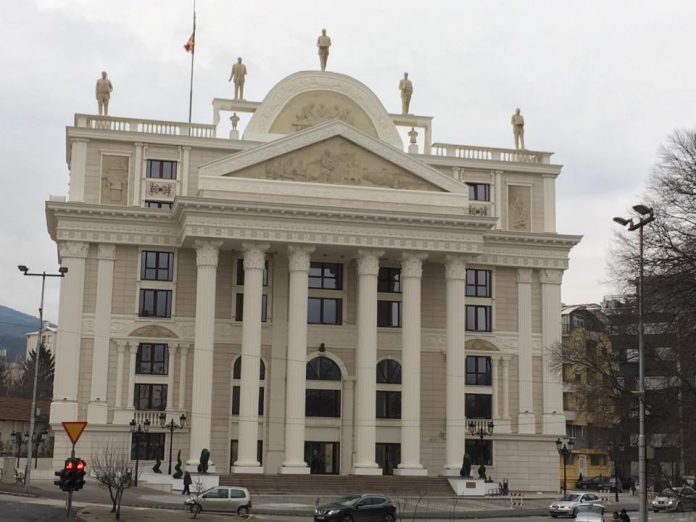 Announcements that a new chief state auditor will be elected by the end of the week will not materialize, the parties remain unable to compromise on a name, and the State Audit Office (SAO) has been completely shut down during that time. Auditors cannot control state institutions, but they can neither perform basic tasks nor receive salaries. The mandates of both the Auditor General and the Acting Director have long since expired, with the government and the opposition being overruled in the Assembly, which is why the entire system is blocked.
The work is stuck in the parliamentary Election and Appointment Committee, which comprises thirteen members of Parliament, six of the government, six of the opposition and Fadil Zendeli of Besa, a party that has recently been closer to VMRO-DPMNE. Members fail to come up with a solution for a new chief state auditor, since the opposition would have gone to the committee but not to the parliamentary vote, i.e. the government would have received the necessary votes at the plenary but could not get to there, because it will get a “stop” in its parent parliamentary body.
SDSM Vice President Muhamed Zekiri, who is part of the committee, reassures that a solution to this thorny issue will be found soon.
“The opposition wants to push their favorite, but we will not allow it. On the other hand, we are being hampered, but we are trying to come up with a solution with Besa that will be of mutual interest and to unlock the process”, Zekiri told Nezavisen Vesnik/Independent Daily newspaper.
But Besa’s MP Zendeli is not as optimistic as Zekiri.
“SDSM, DUI and VMRO-DPMNE have 12 members in the committee, and I’m on my own. I don’t know why they think I’m the key member. When Besa made its proposals for other positions, they were rejected by the committee. Now I do not understand, why I should support SDSM? What are the interests of my party? Let the other 12 members reach an agreement, then I will gladly support their proposal”, Zendeli told Nezavisen Vesnik/Independent Daily newspaper.
The committee’s chairman Ilija Dimovski claims that inter-party consultations are underway and if all goes well, a chief state auditor will be nominated in the coming days.
While the parties are negotiating, the State Audit Office staff is struggling to survive. They sent a letter to a dozen state and international institutions calling for their problem to be resolved.
“The consultations are ongoing, I believe that everyone understands how important it is to find a mutually acceptable solution. I expect this issue to be closed very soon”, Dimovski says.
“Without going into the reasons that led the SAO to find itself in this situation, and given that this institution should stay out of politics and party bargaining, we point out that the multi-year delay in the election of the Auditor General will have the following consequences:
implementation of this year’s program, preparation of audits report and ongoing ones, we cannot announce and perform new audits, we cannot prepare the program for next year, we cannot pay rents and other bills on public procurement, we can’t get salaries, we can’t help with the early parliamentary elections, and in the end, we will get a negative assessment of our functioning from the European Commission”, employees warned.
They alert that with the continued postponement of the election of chief state auditor, the institution faces a complete blockade that will lead to lack of control over public spending.
The term of the last chief state auditor, Tanja Tanevska, expired in December 2017. She was in office for ten years, i.e. was elected in 2007, when the then-parliamentary opposition complained that she was inappropriate for the post. By October 4 this year, her post was being filled by the Acting Director Naser Ademi, but his nine-year term as deputy has also expired.
A few months ago, a job ad was released for the SAO, with no familiar names, except perhaps Vane Cvetanov, whom the government appointed as chairman of the Council for Advancement and Oversight of the Audit.
The latest regularity audits published by the state institutions posted on the SAO’s website are from the end of August 2019, referring to the Parliament, namely the campaign for the referendum on the name, held last year. In that period, a report on the financial performance of the Insurance Supervision Agency in 2018 was published, and in June the state budget audit for the last year was completed.
The SAO is a regulatory body that controls and monitors budget spending and the work of state and public institutions, as well as the financial performance of political parties and local government units.
The State Audit Office recently announced control of prosecution offices, including the now closed Special Prosecutor’s office (SPO). Controls cannot be implemented without an appointed chief auditor.