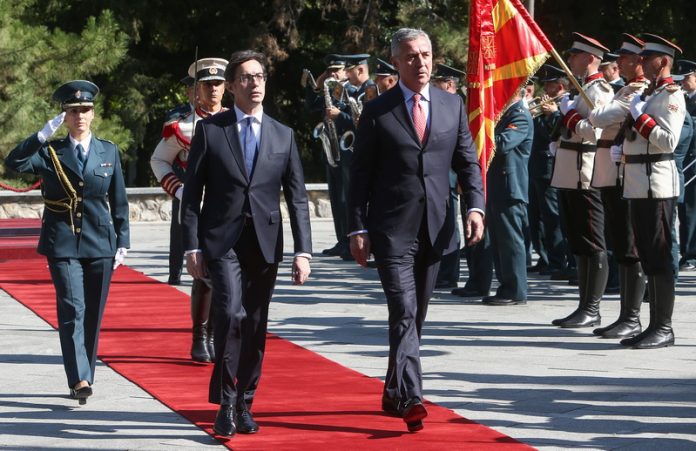 North Macedonia has learned its lesson from the past and it’s realistic to expect the international community to give full support this month for start of EU accession negotiations, as well as full-fledged NATO membership, Montenegrin President Milo Djukanovic told a joint press conference with President Stevo Pendarovski. 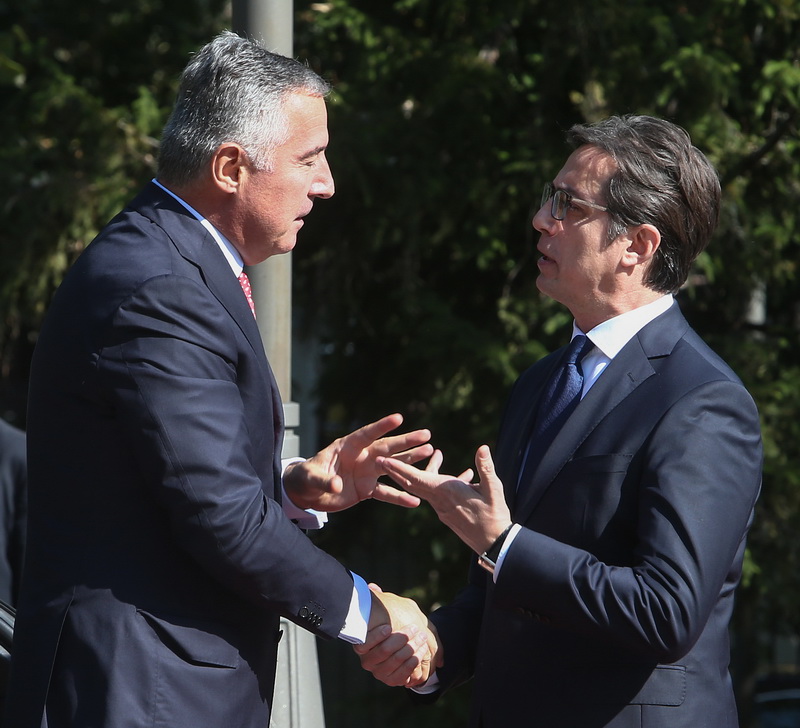 Djukanovic and Pendarovski agree that this month the EU should finally make a decision for start of accession negotiations with North Macedonia, as there was no greater driving force for the countries than European integration.
“It’s important to step up and support North Macedonia on this journey. It is a journey that has no alternative when it comes to stability in the region, prosperity of economy and democracy,” Djukanovic said, adding that North Macedonia has made substantial progress since the 2008 Bucharest summit.
He underlined that stability in the region was not possible without its full integration into the EU. 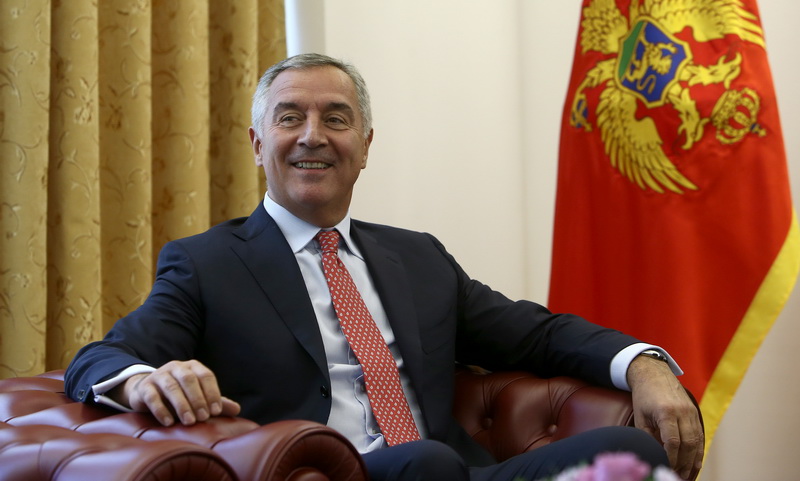 “We’re already considering Macedonia as part of NATO, but formalities must be completed. It’s only a question of time, whether it will happen in December or a month or two later.
“North Macedonia has already secured its place in NATO, and we believe this is very important for the country’s internal security and for regional stability. There should be no faltering in regard to the start of EU accession negotiations as well. We think it’s time for new dynamics in the enlargement process,” the Montenegrin President said.
According to Djukanovic, instability, which has unfortunately become a telltale sign of the Balkans, is a consequence of lagging behind in the development of economy and democracy for too long. The answer to the problems, he noted, should be seen in integration and adoption of the European values and quality of life.
In addition, he underlined that Skopje and Podgorica maintained traditionally good relations.

President Pendarovski pointed out that the two countries were committed to European and Euro-Atlantic integration, fulfilling the agenda of the Berlin Process  and other forms of regional cooperation.
“Relations between Skopje and Podgorica are developing in the spirit of the best cooperation. Montenegro was among the first countries to ratify NATO’s protocol. The two countries maintain good relations and share mutual foreign policy priorities,” Pendarovski said.