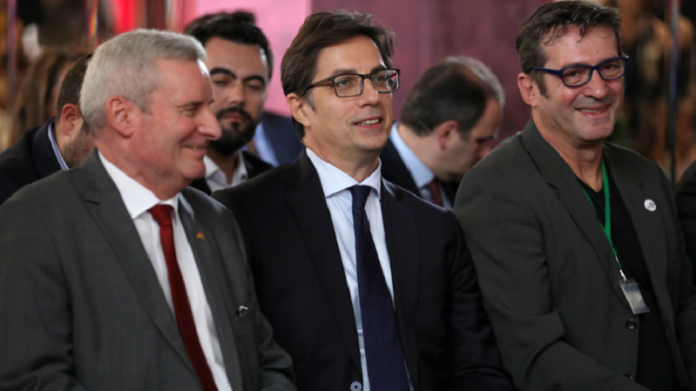 North Macedonia’s President Stevo Pendarovski in an interview with Sitel TV said that a list of embassies abroad that are to be closed will be determined in the coming weeks. Currently, there are 27 vacant diplomatic posts. According to an analysis by the Ministry of Foreign Affairs, there is a proposal to close at least four embassies, he said.

Pendarovski said talks with relevant ministers and the government are in the final stages, and will complete the list in the coming weeks and will try to close most of these 27 vacant ambassadorial posts.

“After I assumed the presidential term, I requested an analysis from the Ministry of Foreign Affairs on how our diplomatic and consular network operates. Analysis reads that there is a proposal at least four or five embassies to be closed, four embassies at least, where we do not have basis to set up a diplomatic mission,” Pendarovski said.

Pendarovski announced that some of our ambassadors are already on their way home, particularly Ambassador Ivica Bocevski from Brasília, because, firstly we will reduce the posts so that we can strengthen some other posts that are very important to us now.

Concerning the deadlock of the talks between the ruling coalition and opposition over the Law on Public Prosecutor’s Office, he said there is no possibility of foreign mediators to be involved in talks.

“We are expecting a date for opening EU accession negotiations and we are on the threshold of NATO and when we talk to some of the international officials or a senior EU official they tell us that we should practically be like them now. And even in neighbouring Albania where there is far worse communication between the government and the opposition, foreigners are not involved,” said Pendarovski.