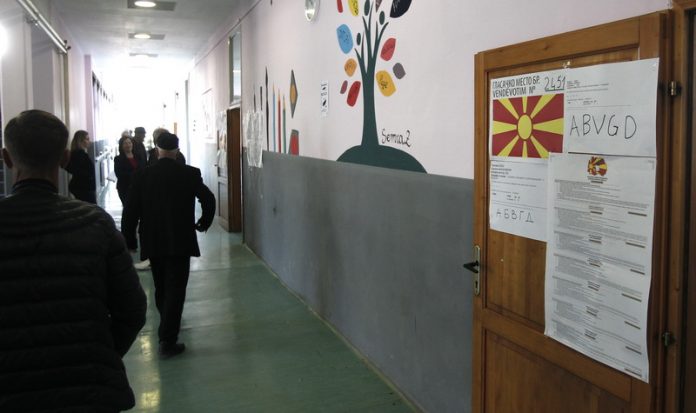 The second round of North Macedonia’s presidential elections was calm and well run. However, shortfalls in the legal framework continued to be a concern, international observers concluded in a preliminary statement published on Monday.

“This election cycle has now been brought to a successful conclusion, with voters freely able to choose between distinct choices,” said Sereine Mauborgne, Special Co-ordinator and leader of the OSCE short-term observer mission. “Yesterday’s increased voter turnout shows determination by the population to unite and address the challenges facing this country. It is now up to the political leadership to hear this message and undertake real reform that will replace the legal patchwork requiring constant political agreements with a coherent and sustainable electoral law.”

Some 1.8 million voters were eligible to cast their ballot in 3,396 polling stations across the country. The election authorities carried out preparations for the second round professionally and impartially, and generally enjoyed public confidence. However, the fact that citizens whose identification documents had expired were excluded from voting needs to be addressed. In addition, while the turnout requirement of 40% was met on this occasion, it does create the potential for repeat elections, a concern that ODIHR has previously voiced.

The campaign took place in a calm environment. All participants were able to campaign without hindrance and fundamental freedoms were respected. State officials appeared to continue differentiating clearly between their official and political activities. Further, both candidates reached out to different ethnic communities.

“The voting for the second round of the presidential election was well organized and voters, as in the first round, were able to make their choice freely. But an election is not limited to voting day. The PACE delegation considers that some recurrent problems in the electoral process remain unaddressed, in particular the need to reform the electoral code and, in general, the political system, to re-engage citizens and to ensure their active participation, regardless of ethnic origin. In addition, it is crucial to strengthen the transparency and the control of election campaign funding. The issue of EU and NATO membership should not be allowed to obscure recurrent problems in the electoral process,” said Marie-Christine Dalloz, Head of the PACE delegation. “The Parliamentary Assembly and the Venice Commission are ready to assist the authorities of North Macedonia in implementing the necessary reforms.”

As in the first round of the election, however, the international observers expressed serious concerns over the legal framework. While the law does allow for democratic elections, the regulatory gaps already evident on issues such as campaigning, media advertising, campaign finance and voter registration remain unaddressed. This further highlights the importance of legislative reform, which was already emphasised in the preliminary conclusions following the first round.

“Election day was well prepared, and passed calmly and peacefully,” said Corien Jonker of the OSCE Office for Democratic Institutions and Human Rights (ODIHR). “But democracy is not just about election day. Political will is needed to ensure that genuinely inclusive legal reforms are followed by a consistent implementation that builds and keeps citizens’ trust.”