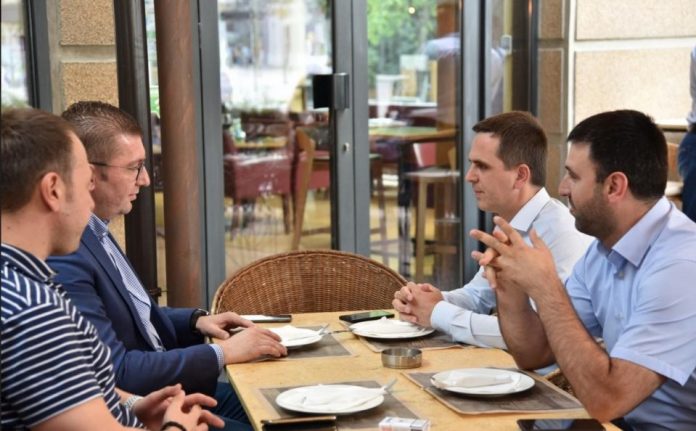 The VMRO-DPMNE and Besa winked at each other and established the first step towards cooperation, but whether this cooperation will be transformed into a coalition before, or after the parliamentary elections, is too early to discuss. These are the comments in the two parties that have come after the reign they took over in the parliamentary the Committee on Elections and Appointment Issues at the expense of the ruling duo: SDSM and DUI.

The recent meeting between Mickoski and Kasami resulted in a nearly synchronized performance for the two first issues that came up on the agenda: the debate at the Committee on Elections and Appointment Issues, but more importantly, the law on Public Prosecution and Besa’s promise not to accept the government’s proposal unless it has undergone serious changes.

Although the part of the party that stayed with Kasami, not Afrim Gashi, who in the meantime changed his party’s name to Alternativa, has been reduced to two MPs, the latest presidential elections showed that Besa in coalition with the Alliance for Albanians would be at least equal to the DUI, which was also confirmed by recent polls.

“The numbers are clear, the mood among Albanian voters is absolutely in favor of the opposition. This was also shown by the result of our joint candidate, Blerim Reka, in the latest presidential elections. We are focused on field presence among the people. We will listen to their requests and wishes, and then evaluate if and with whom we will cooperate”, said Besa.

VMRO-DPMNE officials emphasize that they are in regular contact not only with Besa, but also with other political parties in the Albanian bloc: Ali Ahmeti’s DUI and Zijadin Sela’s Alliance for Albanians.

“We see that Prime Minister Zoran Zaev is running from early elections, while the regular are to be held next year. We are confident that we will win, and after the elections we will ally with the party or parties that will be ready to accept our concept and ideas for the functioning of the law and economic prosperity for all citizens and throughout the entire country,” VMRO-DPMNE responds.

The cooperation between VMRO-DPMNE and Besa has been rumored since the formation of Bilal Kasami’s party in the context of the events on April 27, 2017. The party was divided into two parts, so of the five MPs, three went with Gashi and became part of Zaev’s Government. The Alliance, meanwhile, entered the government building at Ilinden Street in it full formation, but left after Arben Taravari was dismissed from the helm of the Ministry of Health.

The three opposition parties were once a coalition in the Council of the Municipality of Debar when they outvoted the SDSM and DUI groups, but that was short-lived. The ruling party’s candidate won the early local elections that were held after the death of Debar’s mayor. The Alliance for Albanians accused that VMRO-DPMNE voters not only failed to support their candidate, they also helped the DUI candidate win the race.

On the other hand, it was expected that those who voted for Blerim Reka, who dropped out in the first round of the presidential elections, would support Gordana Siljanovska-Davkova in the second round, but this didn’t come true – on the contrary, Stevo Pendarovski received a much higher number of Albanian votes, which did not happen just because of DUI’s mobilization.

Mickoski to visit Orban, but not Gruevski

VMRO-DPMNE President Hristijan Mickoski is traveling to Austria and Hungary for a working visit. According to the party, during his short stay in Vienna, Mickoski will have a meeting of a scientific nature, exchange of experiences and information related to his professorial activity at the University “St. Cyril and Methodius”. 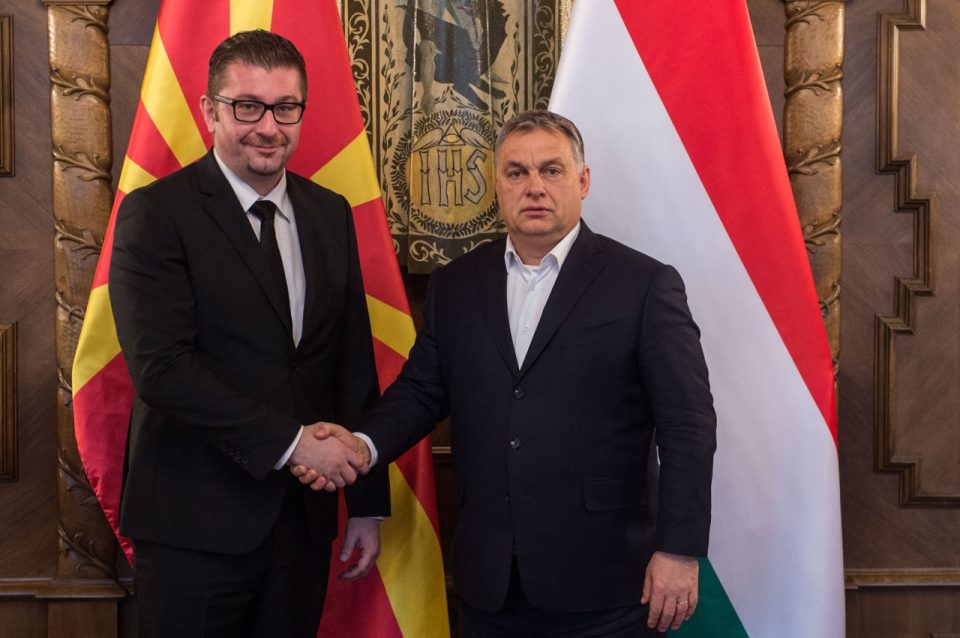 “At this meeting, we plan to discuss issues related to the current political and economic situation in the Republic of Macedonia, as well as exchange of information at the level of sister-parties on the directions for further action ahead of the upcoming European People’s Congress and the election of the new leadership”, reads the statement.

The visit to Budapest raised the question of whether he will also meet with former Prime Minister Nikola Gruevski, who is also the honorary president of VMRO-DPMNE.

“There will be no such meeting,” the party told Nezavisen Vesnik/Independent Daily newspaper.

Gruevski was granted political asylum in Hungary, where he regularly comments on developments on the Macedonian political scene. He fled the country before being sent to prison to serve a two-year sentence for the purchase of a luxury 600,000-euro Mercedes for the Ministry of Interior.

Mickoski and Orban also cooperate through the Union of European People’s Party (EPP) in which both VMRO-DPMNE and Fidez are members.

This spring, there was another fuss over Mickoski’s trip to Vienna, bypassing Budapest, and VMRO-DPMNE accused of being followed and watched by the Zaev family’s Bentley. The party then too claimed that Mickoski had not met with Gruevski.