Stevo Pendarovski declares victory in the second round of the sixth presidential elections in the country. He is expected to take office soon after the State Election Commission announces the final results of Sunday’s vote, after which an inaugural session in should be scheduled in the Parliament.

In his second attempt, after losing to outgoing President Gjorge Ivanov in 2014, Pendarovski secured victory as a candidate of the ruling coalition, led by SDSM and DUI. In the decision-making circle, opposition candidate VMRO-DPMNE Gordana Siljanovska-Davkova lagged behind Pendarovski significantly, compared to the first round on May 21, when the difference between them was reduced to just over four thousand (322,581 to 318,341 votes), while the third candidate Blerim Reka won nearly 80 thousand votes.
By 18.30, a turnout of 44.55 percent was registered as opposed to about 42 percent by the end of the Election Day on April 21. Thus, the condition for these elections to be successful has been fulfilled, although they have passed into the smallest mobilization of the electorate so far, and therefore in great uncertainty as to whether the census will be achieved.
SDSM’s first assessment was that the elections were successful, free, fair and democratic, with a reached turnout threshold.
– North Macedonia organized crystal clear, fair and democratic elections, which is appropriate for a European, modern and democratic country, SDSM Secretary General Aleksandar Kiracovski told a news conference Sunday evening.
After the announcement of the initial results, party supporters began to gather outside the SDSM headquarters. Even the leader of DUI Ali Ahmeti came to the headquarters on Bihac Street, as Pendarovski was promoted as a consensual candidate for the presidential elections. 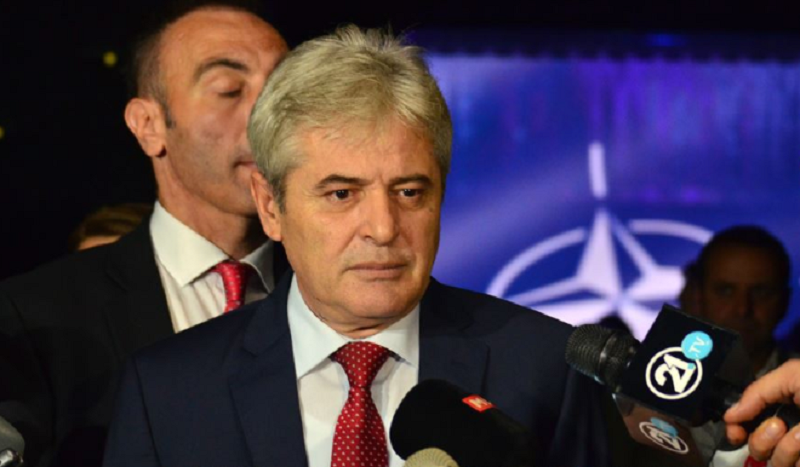 The election results also showed that the opposition actively participated in the second round, contrary to the demands for a quiet boycott of VMRO-DPMNE’s membership. However, during the day, VMRO-DPMNE received reports of irregularities and allegations that the police were being abused for election purposes.
VMRO-DPMNE’s Secretary General Igor Janushev again suspected electoral engineering and said that “anything other than victory cast a shadow on the election process and raises doubts about a likely electoral engineering and election fraud”.”We are leading in many municipalities. The people demand justice. The government has been dethroned, “Janushev said.
Janushev said that irregularities had been recorded across the country, including family voting, ballot stuffing, voters’ intimidation, etc.
SEC President Oliver Derkoski, meanwhile, before closing the ballot boxes assessed that the elections went well held in a peaceful and dignified atmosphere with no major irregularities.
“Sunday’s elections were held in a peaceful and dignified atmosphere, no major irregularities were reported,” Derkoski said.
Petar Bogoevski from the reform wing of VMRO-DPMNE, after the news that the needed turnout threshold has been reached, announced that the country has avoided political crisis, which posed a great threat to the statehood.
– A political crisis has been avoided, which threatened our statehood, the president has been elected and that is the most important thing! Which of the two candidates will be official is only folklore… Congratulations to all the citizens who showed political maturity and statehood capacity, said Bogoevski.
Parliament Speaker Talat Xhaferi congratulated citizens on the reached turnout threshold, noting that they understood the message of the importance of voting for the country. According to him, it is not the right time for early general elections, and getting a date for accession negotiations is most important.
“I expect from the new president to fulfill his constitutional obligations, regardless of personal perception,” Xhaferi told Sitel.
Kriva Palanka yesterday, according to the data from the voting until 18.30, retained the first position according to the turnout of the citizens. 70.49 percent went to the polling stations in Kriva Palanka, while the turnout in Gevgelija was 66.17 percent, Bitola – 53.26, Vevcani – 65.23, Demir Hisar – 67.12, Dojran – 65.2 percent, Kavadarci 61 , 15, Karposh 55,91, Krusevo 66,97, Makedonski Brod 66,87 percent, etc. The lowest turnout is in the municipality of Zelino – 15,42 percent, while low turnout was recorded also in Centar Zupa – 17,43 percent, Gostivar, Lipkovo and Tearce with about 23 percent, followed by Shuto Orizari with 26.91 and Arachinovo with 30.65 percent.
The preliminary results arriving at the SEC showed Pendarovski in the lead – at the beginning of two to one, and at times the difference was three to one. Mainly it was about results from municipalities of mixed ethnic population, and then the difference began to decrease when the votes from the East of the country started arriving. However, Pendarovski completed the decisive round with more than 51 percent.
This time again, as in the first round, the lowest turnout was registered in the municipalities with mixed ethnic population, especially where the majority belongs to the Albanian ethnic community. It is interesting that in several municipalities, such as Tetovo and Gostivar, where the Albanian candidate Reka was in the lead in the first round, there was now a slightly lower turnout than on April 21. Therefore, in the municipalities where Pendarovski was in the lead, such as Chair or Saraj, turnout this time was clearly higher, which may be indicative of greater mobilization of the DUI electorate, as opposed to the opposition voters from the Albanian bloc, which remained neutral before the second round.