-“The United States supports Macedonia and Greece’s efforts to find a joint resolution to the name dispute. The only durable solution will be a joint solution. Macedonia has taken tremendous steps forward to engage in the negotiations with its Greek interlocutors and there is tremendous opportunity, greater than we have ever had”, stated thee US Assistant Secretary of State for European and Eurasian Affairs, Wess Mitchell, who addressed Tuesday a news conference in Skopje alongside Macedonian Prime Minister Zoran Zaev.

As regards NATO accession and the upcoming summit of the Alliance, he said that the membership invitation wasn’t tied to a date or an event.

“There are some milestones coming up in terms of how we can mark the progress. US commitment to Macedonia is to finding a solution that paves the way to NATO and the EU. It has been our commitment for some time and it will continue to be our commitment and is not tied to a date or an event,” Mitchell told journalists.

The USA supports Macedonia in its Euro-Atlantic integration path and the door to NATO membership remains open. “The US stands by the Bucharest Summit pledge of 2008.”

Asked whether Washington would become involved in the name talks, the US official said his country had been and would continue to be engaged in the process, but that it was up to the two countries to find a solution. 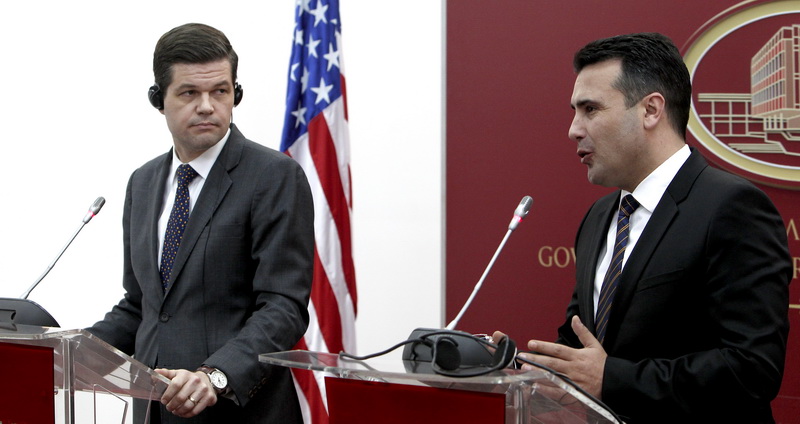 “I think we have to learn from past experiences and we have to size the timing and the nature of our role to suit the circumstances. We take active interest strategically and politically and all the principles we are fighting for in the Balkans, from an EU and NATO perspective. The US is strongly committed throughout the process and you will see myself and the administration strongly committed to helping both sides. We acknowledge that the only solution that will last is the solution the two parties will work out between themselves. We are encouraged in that regard to see the steps Macedonia has taken and Greece has taken. We want to be supportive but in the right way. This is not a decision we can make for you or for the Greeks, we think you are on the right path and we want to encourage that in the right way. But I can assure you we will be very hands-on,” noted Mitchell.

With respect to the process of settling the name dispute, Zaev said he was pleased that the process was in its final stage all the while upholding the clear commitment to real dialogue. 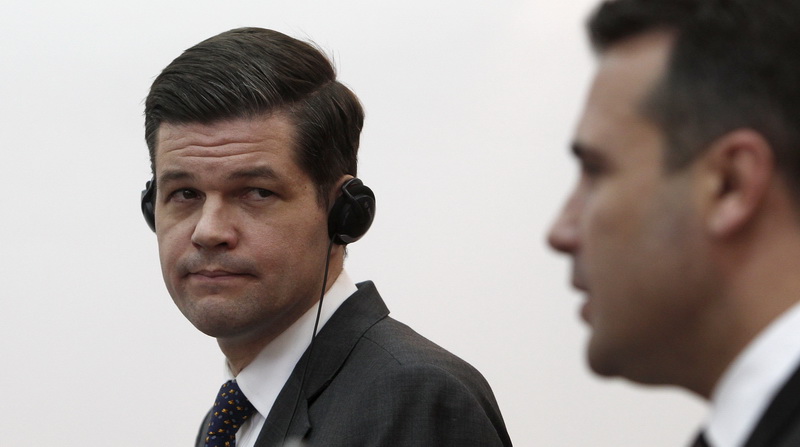 “When you are having a hard time, you call your friends. We have solved the issue with Bulgaria, and one day, God willing, we will be able to tell our friends that we have reached a solution with Greece, one that is acceptable for both sides, a solution that protects the dignity and identity. We will continue the negotiations, but if there’s a problem, again we expect our friends to help in a principled way,” Zaev said answering a journalist question regarding the possibility of the US providing assistance.

Commenting on Greece’s draft-agreement, the Prime Minister said the document would be used ‘if it is of any help’, but the UN-brokered process was the most vital.
“The process is mediated by the UN. Mediator Matthew Nimetz is one of the most proficient in the essence of the problem. And here lies the most crucial documents – eventual agreement, an international treaty, etc. The agreement between the two sides – between myself and PM Tsipras and between FMs  Kotzias and Dimitrov is that any document coming from either party is worth considering. What’s important is what is proposed by the mediator, because the two parties have concurred that the process must continue under UN’s auspices and that the two sides need the process to be verified at the UN through a resolution,” Zaev said. 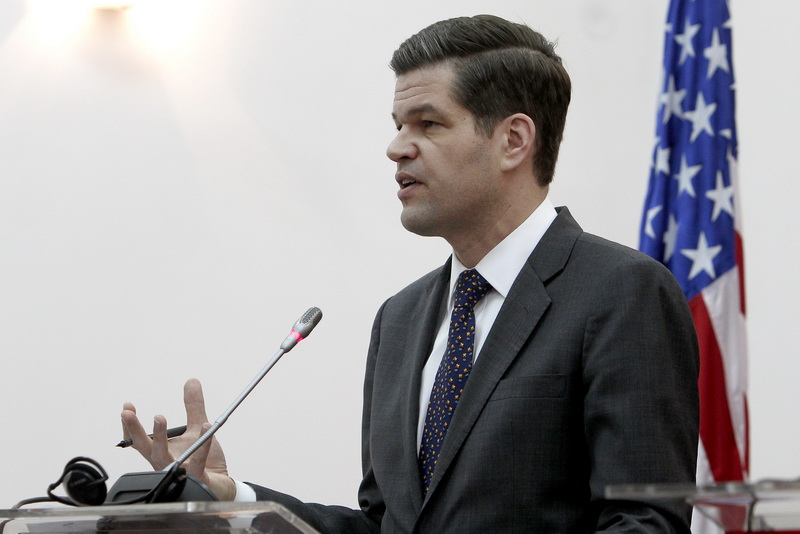 Thanking for the US support for NATO and EU integration, he said he expected Macedonia in April to receive a clean recommendation for the opening of negotiations with the EU, followed by their launch in June, and Macedonia at the July Summit to become the 30th member of NATO.

Wess Mitchell’s visit to Macedonia is part of his Western Balkans tour, the first one since being appointed Assistant Secretary of State for European and Eurasian Affairs. Before Skopje, he visited Pristina and is expected to visit Belgrade next, and Athens on Thursday.