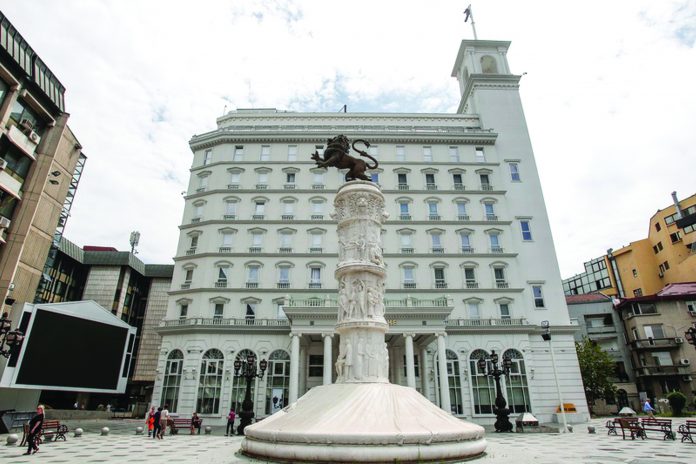 Next month, the VMRO-DPMNE municipal committees will submit their final remarks on the new party statute to the Skopje headquarters. By the end of autumn, the opposition party should finally adopt its new “constitution”, which is a step closer to the ideology of the modern people’s parties, a family of right-wing parties which includes the VMRO-DPMNE party.
Announced a year and a half ago, the new statute went through purification after remarks that the party would become even more centralized, filling organs and bodies mostly with people close to the president and top management, as well as provisions that do not lead to democratization but to elimination of everyone with a freely expressed attitude.
Following the changes, several innovations are foreseen: a Municipal Committee Assembly will be introduced, which will elect mayors and councilors, each party official may be re-elected twice, and for a third term will have to win at least two-thirds of the votes at the congress, the state office with membership in the governing and supervisory boards will be restricted, but all those who will publicly speak out against the party’s agreement will be sanctioned. The intra-party debate will be welcomed, but once the party’s position is taken, especially on the bigger issues, members are obliged to publicly respect it. A party court of honor is also being introduced, which will decide in second instance on appeal by municipal committees and the executive committee to impose disciplinary measures.
The party confirms that the main decisions in the statute have been copied from the “sister parties”: Austria’s People’s Party led by Sebastian Kurz, Angela Merkel’s German CDU, Emmanuel Macron’s La République En Marche, Janez Jansa’s Slovenian Democratic Party and the Croatian HDZ.
Although it was speculated behind the curtains that the new statute would remove the post of honorary president, thereby elegantly unloading Nikola Gruevski’s burden, VMRO-DPMNE explains that it was a matter exclusively decided by the congress.
“The post of honorary president was neither included in the present, nor in this new statute that is about to be completed. Only the Congress, as the highest body, can decide whether someone will be an honorary president,” party sources brief.

The party also works on the election program

The main opposition party is also working on a party program for parliamentary elections, which they claim will offer solutions to the pile of problems in the economy, healthcare, agriculture, education, etc. The release of the program will depend on when the government is going to schedule the elections because the realization of the promise depended on precisely set deadlines.
But estimates say that elections would be held by the end of next spring at the earliest, and until then the party is considering how to deliver the final blow to Prime Minister Zoran Zaev and his government. Currently there are still discussions about whether the party should organize mass protests across the country, walking out of the institutions and parliament, blocking roads… that is, going out on the streets and not leaving until the establishment of a technical government and getting a date for early elections, or keep pressuring the government through smaller and purposeful protests and other forms of resistance.
“We are also considering other options, they are all in play”, say representative of the “White Palace”.
President Hristijan Mickoski says that he also receives information that people demand a fierce protest against the government, but says this is not a 100m race, but a tough marathon and VMRO-DPMNE will come out as the winner.
“I promised a battle to the very last breath, and I stand by it. But at the same time I promised victory. VMRO-DPMNE has begun to overthrow this irresponsible government that this struggle is not always expressed in the way some of our fellow citizens expect. At the same time I said that I would not fight against someone’s sons. I do not want VMRO-DPMNE to repeat the mistakes of the distant and near history. That is why it is important for us to run this marathon patiently and wisely, and anyone who is brave enough, anyone who wants to defy and oppose this regime is welcome. We are running the last round,” Mickoski said, explaining that he does not want to be an alibi in the event of a failure by the country in October to receive a date for EU membership talks.