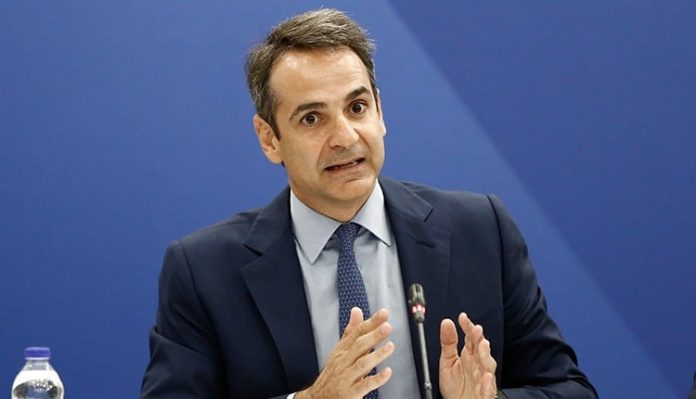 After the first round of meetings in European capitals, Paris, Berlin, The Hague, and after launching major government initiatives, Kyriakos Mitsotakis is stepping up to TIF in order to capitalize on the political benefits of the first 60 days and maintain a positive momentum.

As was the case in Berlin, in The Hague, which Kyriakos Mitsotakis visited yesterday, he fell on welcome ears, as he refrained from raising any difficult issues. His Dutch counterpart was clear: “Greece has tremendous potential, I have great confidence in the new government, there are plans for cooperation … Greece is in good shape … There have been difficult years, agreements have been made and there is confidence in this government that it will abide by what has been agreed upon”. As for the debt issue related to the primary surpluses, Mitsotakis and Rutte agreed: “their repayment will come through the growth of the economy”. Mr. Rutte avoided referring to Turkey’s provocations, while instead praising the country for its contribution to the migration issue, since, he commented, Turkey has done a lot and has accepted 4 million refugees on its territory. Mr. Mitsotakis simply reiterated his common European position on Turkey’s activity within the Cypriot EEZ, and of course avoided referring to the Western Balkans and the Prespa Agreement.

When, however, the time comes for him to make an appearance in TIF, the Prespa Agreement will be found right in front of him, as a result of the increased expectations he had cultivated for obvious opposition reasons. His reversal from the harsh position of a ” deal that is shameful and damaging for Greece, that sold the name in return for benefits in pensions”, to the stance that “the Agreement has flaws that will be mitigated due to the Western Balkans’ accession prospect” shakes the party’s core and brings him face to face with the tough right partisans who voted for him.

It does not go without notice that during his latest interview with a Dutch newspaper, on the occasion of his visit to The Hague, Mr. Mitsotakis addresses Alexis Tsipras by saying that “my goal is a civilized political dialogue. If Mr. Tsipras wants to move SYRIZA towards the center, it is in his own interest to ensure a civilized dialogue.”. Mr. Mitsotakis clearly prefers a “civilized SYRIZA” to a SYRIZA that represents a movement, and that will found “out on the streets”.

This is how the prime minister is trying to convey the internal debate to his government initiatives during the first 60 days. His central motto in TIF, as executives from Maximos Mansion disclose, is “growth for all”, and his goal is “to present to every Greek how this is already being translated into tangible results”. After reiterating in Thessaloniki that “we have the advantage of not having to make a U-turn”, he will go on to unfold the government plan approved by the citizens on July 7, which includes tax cuts, the opening of new and well-paid jobs, as well as security everywhere across Greece”. Obviously, he will avoid the first black spots, the last-minute amendments and his persistence regarding the positioning of the NIS commander in violation of his own posts.

The government staff prefers to focus on “the three big investments already launched, just days before TIF. The investment in Elliniko, which has been blocked for years by the ideology of the previous government, comprises the most typical example, with the relevant CMDs already signed. At the same time, Cosco’s investment in the port of Piraeus has progressed, while Hellas Gold’s investment plans in Halkidiki are being unblocked”. Mr. Mitsotakis will highlight the reductions in ENFIA, the 120-installment improvements for public-law debts and Fund debts, the measures to protect primary residencies, in support of his rhetoric that “the new government’s primary concern is for all citizens to benefit from the implementation of his reform policy”.