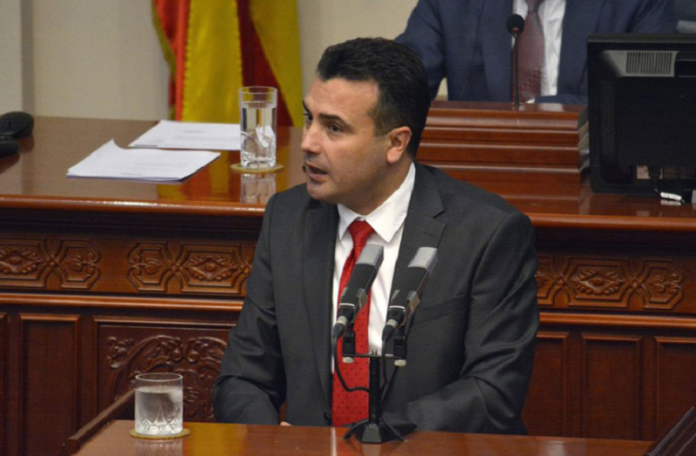 “If we let the opposition pick the prosecutor, we’re just as likely to see Nikola Gruevski appointed, as their only goal is to obstruct justice”, said North Macedonia’s Prime Minister Zoran Zaev during today’s session in Parliament.

In response to a question by MP Muhamed Zekiri whether the opposition will be nominating the public prosecutor, PM Zaev said: “I don’t see why they should be given a chance, given their behavior.

“Nominating Vladimir Panchevski—a man who spent his entire term in office giving cases to judges of his choosing, a man who abused the law and the entire judges assigning system—is only meant to block justice in the country,” Zaev said.

He added that the government had accepted a lot of requests made by VMRO-DPMNE regarding the Law on the Public Prosecution.

Some of these requests were to integrate the SPO into a different prosecutor’s office and not to use any wiretapped conversations as evidence in investigations started after June 30, 2017.

“The SPO’s term is until September 15, 2020, and it will stay operational because this term guaranteed its future,” Zaev said, adding he believes “things would fall into place as discussed by working groups and even Mickoski, on several occasions, so we can finally pass this law.”