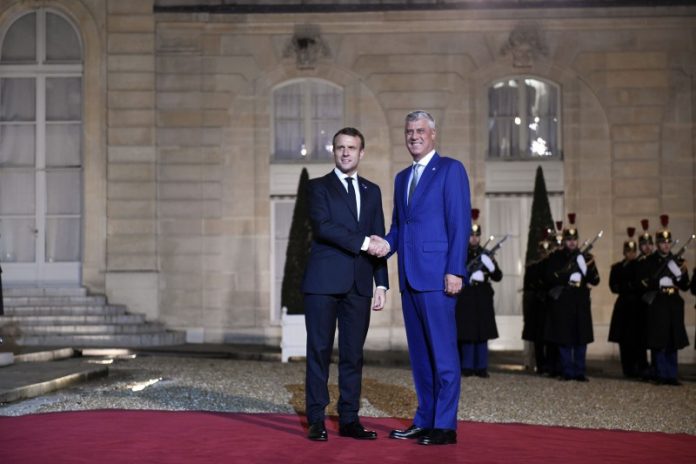 President Thaçi stated that Kosovo is willing and ready for a peaceful agreement with Serbia.

“We are ready to continue the dialogue with Serbia and to reach a final peace agreement, which will bring mutual recognitions and membership into the United Nations”, President Thaçi stated.

“This will mean to finalize the international consolidation of Kosovo”, said President Thaçi, adding that “this will pave the way for foreign investments”.

Finally, President Thaçi thanked President Macron for his support to Kosovo and the entire Western Balkans

President Macron on his part. expressed his support for sustainable peace and development in Kosovo and throughout the region.