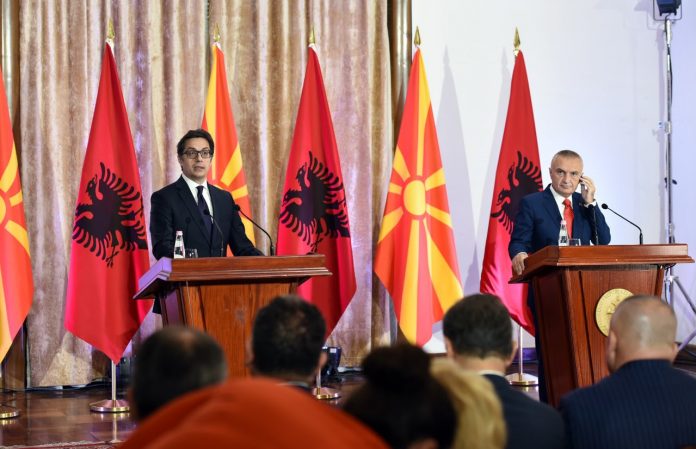 North Macedonia, Albania and other countries in the region should continue on the EU path as there is no other alternative, President Stevo Pendarovski said Saturday at a joint news conference with his Albanian counterpart Ilir Meta in Tirana.

Stevo Pendarovski suggests the Western Balkans countries to hold an extraordinary summit to discuss EU enlargement and good neighbourly relations and to reject all alternatives to EU integration. If all are agreed, North Macedonia would host the summit. 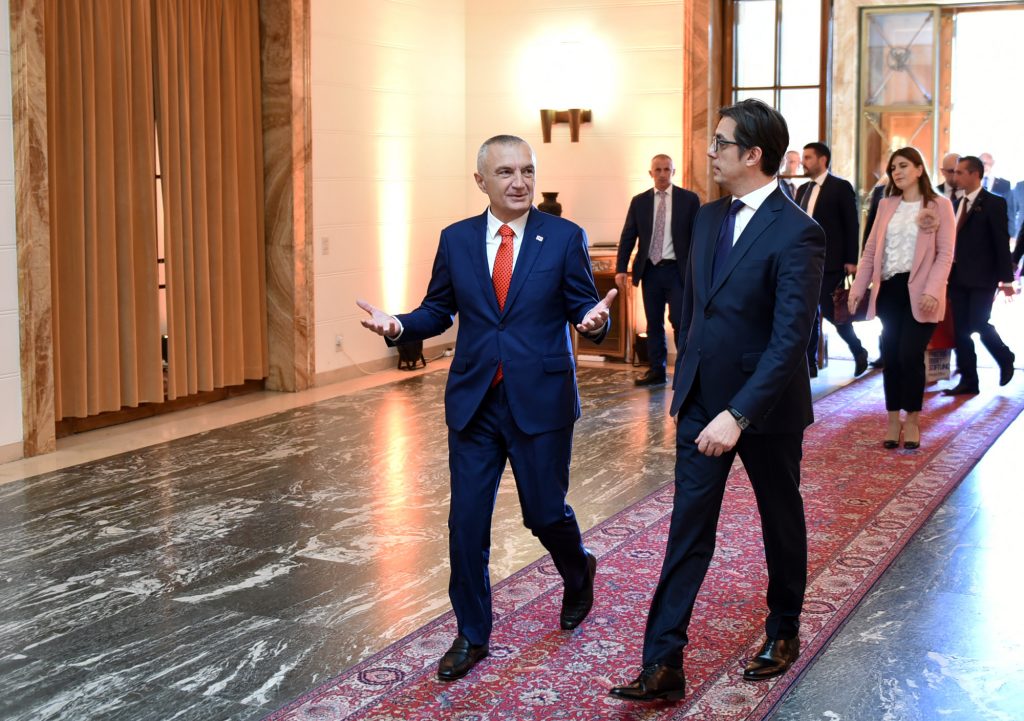 Pendarovski said he briefed Meta on leaders meeting in Skopje and the state consensus to continue on the EU path and to organise snap elections.

Pendarovski and Rama agreed to encourage all political actors to continue on the European agenda, and to urge EU leaders that negotiations with countries in the region are an investment in stability and prosperity.

The president assessed the relations between Skopje and Tirana as excellent and the cooperation was intense and fruitful. Pendarovski and Meta noted that good political cooperation should continue, but that focus should be placed on the economy in the future.

Stevo Pendarovski during his first official visit to Albania on Saturday also met with Parliament Speaker Gramoz Ruci and discussed the overall relations between the two countries.

Interlocutors commended the positive developments regarding the constructive cooperation, the demonstrated commitment to strengthen and deepen the bilateral and neighbourly ties through a dynamic and continuous political dialogue both at bilateral and multilateral level.

Pendarovski said the Albania remains steadfast partner in ensuring prosperity, stability, security and European perspective of the region. The current parliamentary cooperation between the two countries is constructive and intense, adding that the contacts between parliamentary bodies and committees need to intensify.

They assessed that two countries have identical foreign policy goals related to regional cooperation and European integration, which are significant preconditions for stability and prosperity of the region.