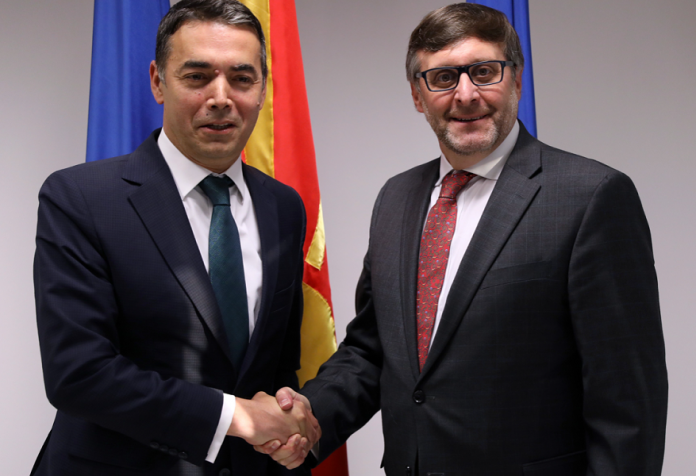 Speaking to reporters after his meeting in Skopje with Foreign Minister Nikola Dimitrov, Palmer said he was pleased he was back again to see friends and discuss recent developments in the region and Europe.

“I’m coming in the immediate aftermath of the approval of the US Senate for the protocols ratifying North Macedonia’s membership in NATO. It’s a propitious time to be here, also following the recent visit of Secretary Pompeo. Coming really to reaffirm and reinforce America’s strong support for North Macedonia and for North Macedonia’s European path and perspective,” Palmer said. 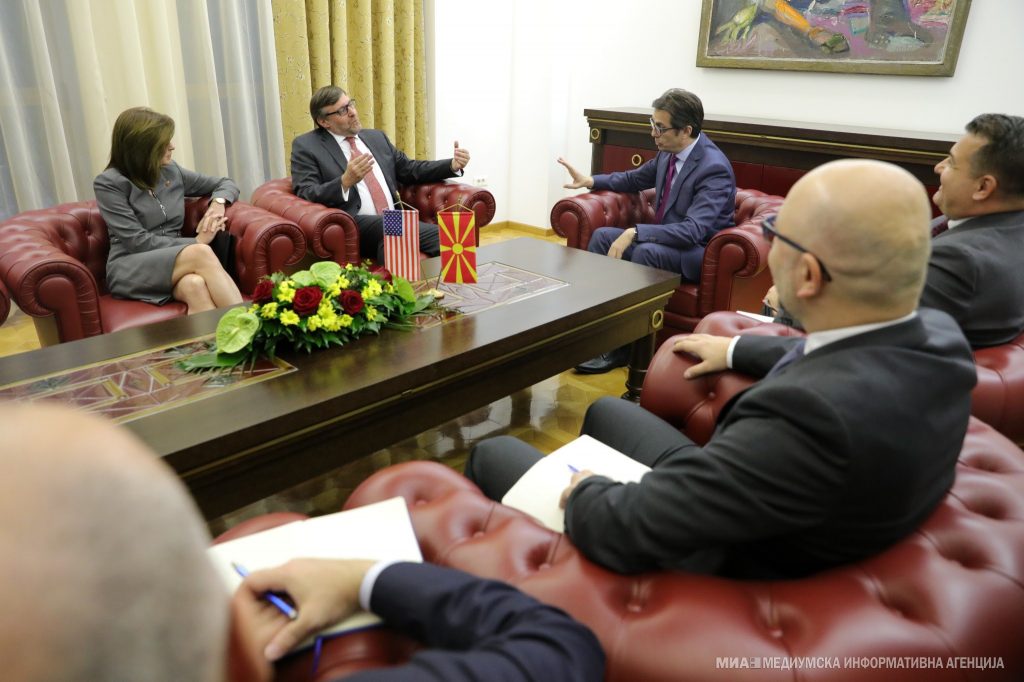 The country’s Euro-Atlantic perspective, its coming membership in NATO and its bid to join the EU, as well as regional issues were discussed by Dimitrov and the American diplomat.

“We discussed NATO membership, which is certain, and we discussed how important it is to see the European chapter opened for the Macedonian interests and the interests of Washington. Once, we fell down the trap of victim and disappointment in 2008. I think if we fall again, it will take us nowhere. We have to be persistent and move out of the way the last justification – that is the law on public prosecution. Let us overcome this better prepared and more persistent,” he said, adding it was important to find a way how to meet the interests of both the country and the member states.

The 25th anniversary of the establishment of bilateral relations between the US and Republic of North Macedonia which will be marked next year as well as the expected North Macedonia’s NATO membership, would be an additional impetus to further strengthening the strategic partnership between the two friendly states, said President Stevo Pendarovski who met the visiting Matthew Palmer.

Pendarovski and Palmer also exchanged views on bilateral relations between the North Macedonia and the United States and the situation in the region.

In this regard, he underlined the importance of the recent visit of US Secretary of State Mike Pompeo to North Macedonia, assessing it as a confirmation of the strategic partnership between the two countries and the joint efforts for a stable and prosperous region.

At the meeting, Pendarovski stressed that there are no alternatives for the Western Balkan countries than EU membership.

The meeting was focused on country’s NATO perspective, which is clear by the ratification of accession protocol of the US Senate and 25 other NATO member states, and by this North Macedonia will soon become NATO’s 30th member. Palmer reaffirmed US support to our country and its Euro-Atlantic perspectives, Defence Ministry said in a press release.

“The ratification of NATO accession protocol in the US Secretary of State Pompeo’s visit are a strong evidence for strategic partnership and US support to North Macedonia. The failure of the European Council to approve decision on opening accession negotiations does not change our decision – to work towards achieving our strategic goals – EU and NATO membership,” Shekerinska said.

Shekerinska and Palmer agreed that the defence cooperation between two countries is at highest level and North Macedonia’s NATO membership will strengthen this cooperation.