German Foreign Minister Heiko Maas expressed hope Tuesday that all citizens of Macedonia would exercise their right to vote in the 30 September referendum, seize the historic opportunity for resolving the name dispute and  consequently open the EU prospect for the country.

The decision is now in the hands of citizens, Maas said Tuesday at a joint press conference with his Macedonian counterpart Nikola Dimitrov.

‘Macedonia may commence the EU accession talks next year. We are committed to making the prospect of EU membership visible for the countries of the Western Balkans. It is important for the stability of the region and thus it is not only yours but also ours, European interest. At the same time the EU accession process means meeting of other criteria – rule of law, fight against corruption, organized crime…, Maas said. 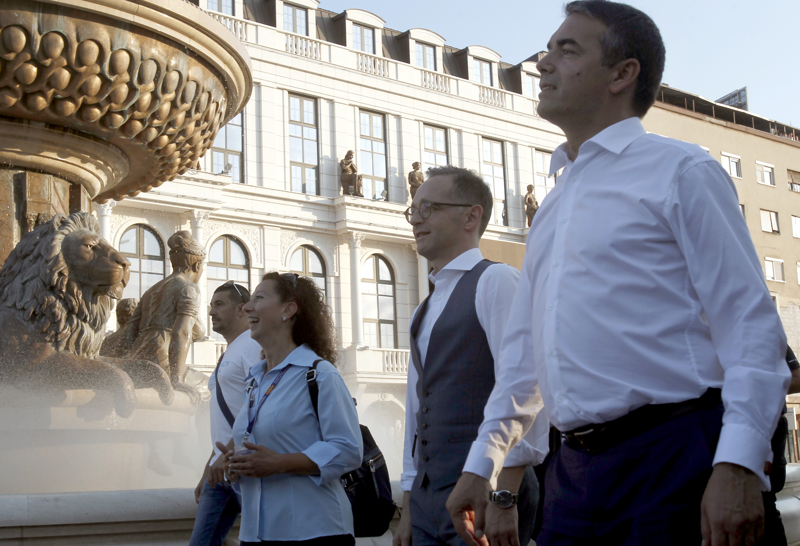 By settling the name dispute, the government demonstrated its vision for the country’s future and I want to encourage the people of Macedonia to continue along this path, the German FM said.

Dimitrov said the visits of top German officials to the country reflect the staunch support of official Berlin, which recognized Macedonia’s determination, capacity to solve own problems and move forward.

Dimitrov said he briefed Maas about the government activities to present detailed information on the (name) Prespa Agreement and benefits of NATO membership status to citizens. 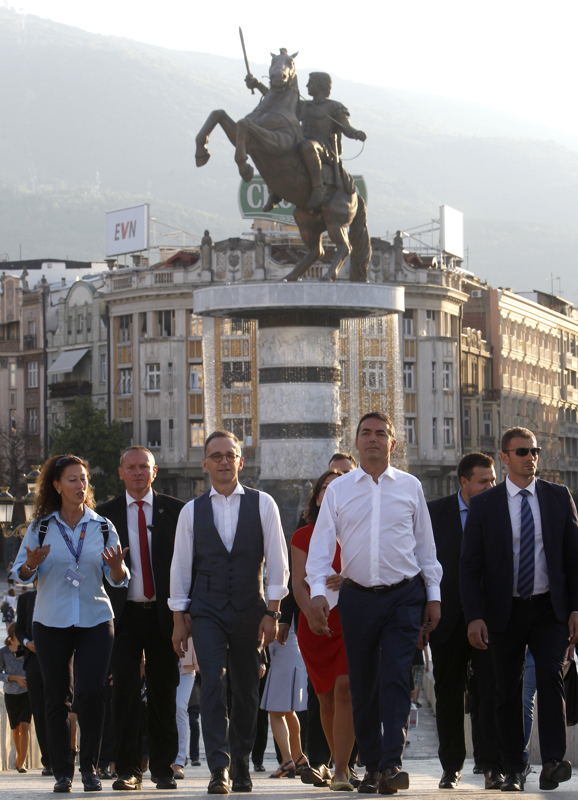 Today FM Maas also attended a ceremony at which Macedonian Minister of Interior Oliver Spasovski and German Ambassador to the country Thomas Gerberich signed a declaration on mutual recognition of driving licenses.