In a Twitter post, EU Commissioner Johannes Hahn says he will expect, if confirmed, a sound explanation of the grounds on which Hungary has approved ex-PM Nikola Gruevski’s asylum request from the country’s premier Viktor Orban.

“The rule of law remains a fundamental principle for Member States and accession candidates alike. It is crucial for Europe’s credibility. Surprising that Hungary supports the country’s EU membership, but does not consider it safe,” Hahn tweeted.

The European Commission is yet to comment publicly on the case involving Gruevski’s escape and asylum application. As regards the European Parliament, only the green parties and social democrats have reacted so far. No EU member state has commented in any way so far. 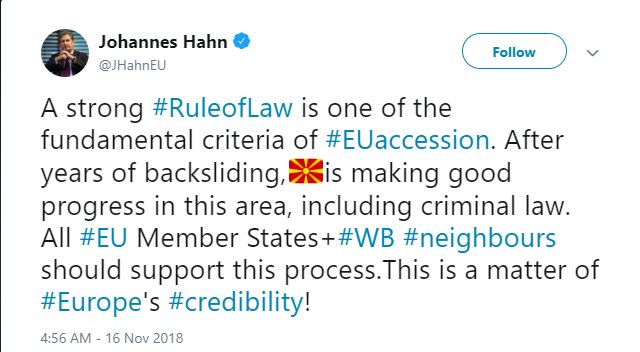