The fake news about the removal of the Alexander the Great statue from the main Skopje Square cause the mobilization of a crowd.

Late on Wednesday evening some few people were alarmed in the Macedonian capital by the leaked fake news about the removal of the equestrian statue of Alexander the Great from the main Square in Skopje, ahead of and due to the visit to the city of the Greek Foreign minister, Nikos Kotzias. 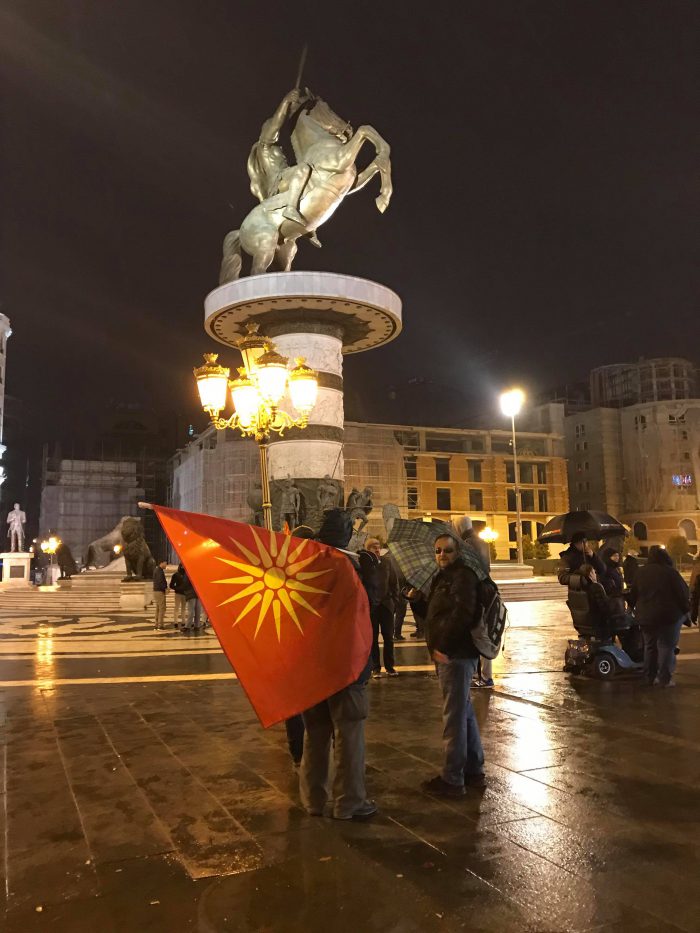 Using social media platforms, nationalistic groups were calling the citizens to protect the statue from being removed. This way the fake news was rapidly spread, however only a handful of people managed to gather on the square. Most people were curious passers who stopped to see what was going on rather than protesters who had come to the spot on purpose (video). Some few persons were holding flags with the Vergina sun…./ IBNA