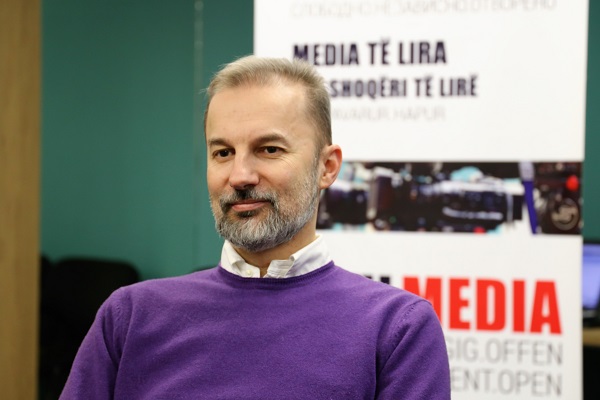 The question of good and evil, or the struggle between the two, is a never-ending one. From the stories in the Bible as the basis of all religions and the value systems based on them, through the most important historical events, especially the great/world wars, to the films of today, where the main topic is the struggle of the Good against the Bad (sometimes even the Ugly).
In stories, wars and films, usually the good is the one that wins. After all, the stories are fictional, the wars are told by the winner (so of course the winner is portrayed as the good one in the conflict), while the films are certainly fiction, even when based on actual events. But at least we are left to believe that it is so, that the good ultimately overcomes the bad. Or to quote a Skype status posted by a colleague: Everything will be okay in the end. If it’s not okay, it’s not the end!

Even today, as we watch the “Racket” affair unfold, we would like to believe that the good will win, and eventually all the bad ones will be punished. It just that the end does not seem to be near in any way. However, we should let the investigation get there, and so… whoever wins will tell the story!

And in the meantime, I’d share a story of good and bad that impressed me a few years ago – and it had an intriguing headline: Hobbes was right, and that’s why the right-wing rules the world! Namely, it is an explanation of a British parliamentarian to the question of what is the difference between the right-wing (in Britain’s case the Tories) and the left (Labour). He has diluted the dilemma of the historical distinction between the philosophers Thomas Hobbes (who is considered to embody the philosophy of today’s conservative parties, such as the British Tories, American Republicans, or European People’s Parties – EPP) and Jean-Jacques Rousseau (on whose philosophy leftist / socialist movements and parties are based). I would not mention our alleged right-wingers (VMRO-DPMNE) and leftists (SDSM) here, as it is unlikely that both can be subdued under some well-defined philosophy or profiled clear politics. However, this difference is slowly but surely being lost to the aforementioned parties in developed democracies.

But, this is a topic for some other time. Let’s focus now on Hobbes (1588-1679) and Rousseau (1712-1778) and the difference between their philosophies, the question of whether people are born good or evil. So Hobbes claimed that people are fundamentally evil, and that the social system limits them to civilization. Or more broadly, he thought that if we were left alone at nature’s mercy, without a social system with rules and restrictions, our lives would be grim, brutal and short, in constant struggle with other people for power and resources. And he concludes that we need authorities, leaders and / or institutions (including laws) to defend ourselves. On the other hand, or on the contrary, Rousseau believed that people at birth were “pure”, that is, good, and society is the one spoiling them. The romantic philosopher believed that nothing was as innocent as a newborn, which was then corrupted by greed, inequality and the class system and forced them to behave violently. He also finds the “original sin” in the first person in history to put a fence around a piece of land and declare “this is mine”!

Before you continue reading, ask yourself – what are your thoughts about this dilemma? Are we good or bad? Does the answer (to yourself) explain why you feel more like a leftist or a rightist? And maybe that is why you are more sympathetic (and more often, or always, vote for) VMRO-DPMNE or SDSM?

In an attempt to answer this question, a group of Spanish scientists have done extensive research on over 1,000 different animal species, including humans. They tried to find out what the percentage of violent deaths (killings) in each species caused by themselves. While some species (such as bats or whales) have been found to almost never kill another member of their species, others (such as wolves) can be considered serial killers.

In primates, about 2 percent of deaths are the result of murder. And the same was true in humans as well, that is, in the few remaining hunters’ tribes. They then did the same for various periods throughout history of human remains and concluded that the homicide rate had stabilized at about 2 percent around 10,000 years ago, and after the Middle Ages began to decline steadily to about 1.3 percent today. In countries where peace and the rule of law prevail, such as the UK, for instance, that percentage is only 0.02 percent – 100 times less than the “uncivilized time period”.

So even though violence is actually pretty much embedded in our genes, concludes in that article, humanity has advanced remarkably well in its civilization. And being able to sleep peacefully with an open window in a city of half a million (basically bad) people is an incredible achievement. All in all, Hobbes was right … people come to this world with certain urges for violence (if nothing else, for survival or self-preservation), but establishing rules of conduct, laws, ethical and moral norms, or the rule of law, respectively, does not maintain peace and any harmony in the relationship.

Now that we have learned that we are all bad, we know from our thirty-year-long transition that some have been worse off in the struggle and plundering of resources that our former country, although poor as well, has left us.

The question is whether that plunder is coming to its end (or is already over) and whether we are civilized enough to identify and punish the bad and to re-establish law and order, maybe even arrange a more equitable allocation of resources (though this is largely a leftist determination), to concentrate on creating new values, rather than killing each other (or moving away), while fighting over the few remaining resources?