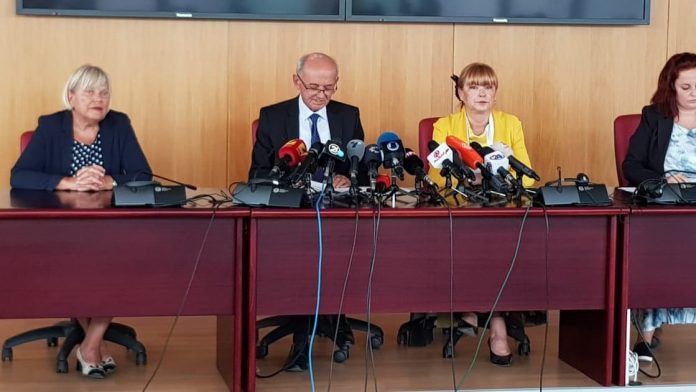 There’s not enough evidence to suggest that Katica Janeva’s son has been involved in any illegal activities, Prosecutor Vilma Ruskovska said Wednesday after SPO’s head Katica Janeva was detained on charges of abuse of office.

Speaking at a news conference, Ruskovska said there’s no evidence to prove that other SPO prosecutors might be involved.

“The Public Prosecutor’s Office for Organized Crime and Corruption hasn’t issued a search warrant for the homes of politicians. If there is any, it might be ordered by another prosecutor’s office and it isn’t in connection to this case,” she stated.