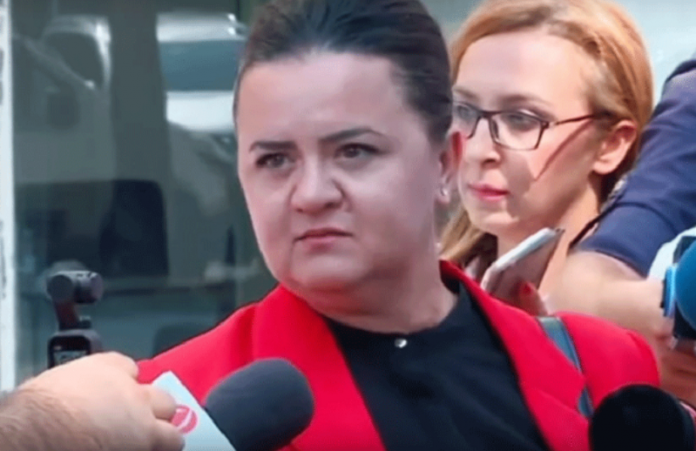 MP Frosina Remenski was questioned for over two hours at the Prosecutor’s Office for fighting organized crime and corruption on Wednesday. She said she had told the prosecutor everything in connection with the Racket case, the international association and everything in the interest of the investigation.

“I deny, with indignation, all allegations of involvement, which you are making as a reporter with this question now. I refute all these questions with clear conscience. I know them as much as you know them, from TV,” she said.

She noted that she could answer questions today in the interest of the public and the reporters, but she had shared all details with the prosecutor.

In an answer to a reporter’s question on whether she has visited Bojan Jovanovski in detention, Remenski said she had neither requested a visit nor visited him.

Regarding her honorary presidency at the international association, she told reporters that it didn’t imply at any given moment a formal legal obligation for any participation and decision-making.

The MP refrained from answering whether the office of MP or of Vice-President had been abused. “I’ll refrain from commenting on these questions,” Remenski said.

Asked if she had made a decision as an MP on her vote regarding Katica Janeva’s dismissal, Remenski told reporters that both as a party and as MPs they have no doubts that voting over ongoing proceedings would be in accordance with legal obligation and making the right decision.