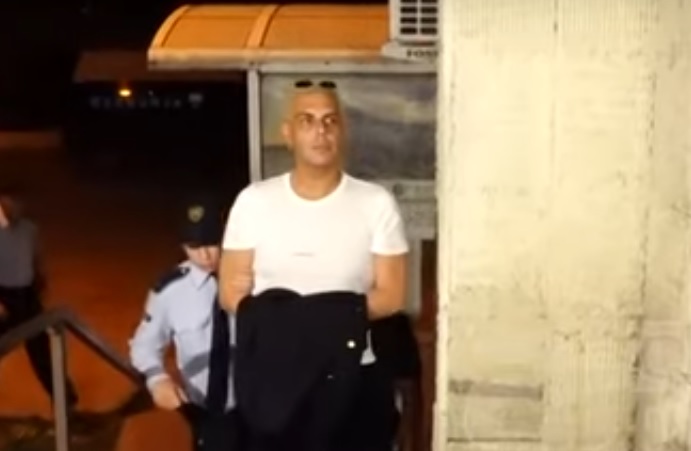 Bojan Jovanovski-Boki 13, the main suspect in the “Racket” case, was brought to the Public Prosecutor’s Office for Organized Crime and Corruption for questioning at noon in a police vehicle and escorted from the Prison Prison to Skopje where he is being held.

This is Jovanovski’s second statement on the “Racket” case. Bojan Jovanovski-Boki 13 was detained on July 15 this year by the Prosecutor’s Office along with the Zoran Mileski – Kicheec.

After several hours of questioning, Jovanovski was brought before a court where he was remanded in detention at the request of the Public Prosecutor’s Office.

Businessmen Siljan Micevski, TV host Lila Filipovska and MPs Frosina Remenski and Aleksandar Kiracovski, as well as Speaker of the International Union Assembly Agapi Dika and businessman Zoran Azmanov, have testified in the Prosecutor’s Office in the past.

Former SPO head Katica Janeva, who is also in detention as a third suspect, is due to make a statement tomorrow.