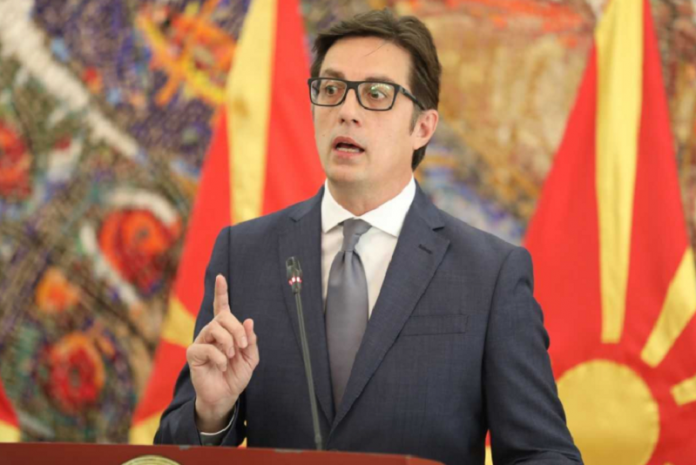 For us, there’s no better alternative than EU integration, and therefore, all other options for strategic or special forms of partnership are impossible and unacceptable, President Stevo Pendarovski said in an interview with Al Jazeera Balkans.

“There are as many alternatives as you want, as many options as you want, but nothing is more sustainable and more efficient for us than this geographical location in the Balkans with such heterogeneous population structure,” Pendarovski said, pointing out that the entire Western Balkans region is not neighboring to the EU, but it’s part of the EU, which one day will become part of an institutional Europe.

The idea of special forms of EU partnership with the Western Balkan countries is also unacceptable, he added.

“There’s no membership again here. We can’t be taken in by special partnership. We need Europe for its values, not just for the market. What we need is the principles by which successful societies are organized, so that we can adopt them as our own and prosper. We can’t prosper with such alternative forms of unification,” Pendarovski pointed out.

According to Pendarovski, except for France and one or two other countries, no other country is mentioning such options. He also points to other issues in the Balkans that are still largely unresolved, which is why the EU must take up a more strategically oriented position towards the region.

“Things in the Western Balkans are far from completed. The so-called pacification of the region is not completed. The Kosovo issue is still not resolved, we don’t know when it will be resolved,” he noted. “However, we do know how difficult it is to solve such problem, the burden it carries for both parties involved, and maybe it would put options on the table that won’t be good for the future of the region.”

“Our position on this matter,” Pendarovski continued, “is that you can’t resolve one big problem in the region, and then create two or three new problems. The EU should be a bit more strategically oriented towards the Western Balkans and not mention alternative partnership at a time when major issues in the region are still unresolved and when their potential resolution might bring into question the future of the entire region that has, unfortunately, been turbulent for decades, and centuries even.”

Asked if citizens feel deceived after the EU leaders decided to delay the opening of the accession negotiations, especially in the context of the Prespa Agreement and the name change that was to open doors to NATO and EU membership, the President confirmed that it was the dominant feeling in North Macedonia.

However, as Pendarovski pointed out, the Prespa Agreement and the name change is not in vain – a longstanding dispute with Greece has been resolved and we’re soon to join NATO.

“For a small country such as ours, by all parameters, it’s very important that we’re soon becoming a member of the Alliance. And then, we’re highly likely to go into economic development much easier and much faster. We need the EU for this. But the Prespa Agreement has played a huge role, a major role in terms of NATO membership. Yet, it would have been ideal if we had also completed the second part of our objective – opening EU accession negotiations – with the Prespa Agreement”, said the president.