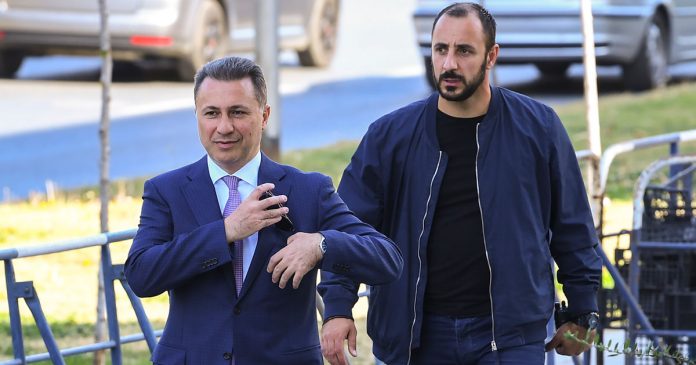 The main hearing in Special Prosecutor’s Office case dubbed “Thaler“has been postponed for June 28, while Nikola Gruevski will be tried in absentia, the court decided on Wednesday.

Elizabeta Chingarovska entered a plea bargain with the SPO and was sentenced to a two-year probation sentence.

In the period between 2009-2015, accused Nikola Grievski violated the law on financing political parties and the law on corruption prevention by securing funds from anonymous and illicit sources for political party VMRO-DPMNE. He was assisted by Kiril Bozhinovski and Mile Janakieski, who put pressure on the representatives of the legal entities that had won public procurement contracts with state institutions, public enterprises or local self-government units to provide the VMRO-DPMNE funding in cash, in return for the public procurement contracts and the gained profit.

These funds were not deposited to the Budget, which is an obligation arising from the law on financing of political parties, thus securing illicit profit for the party in the amount of at least MKD 283,4 million (EUR 4,6 million). In order to cover up the funds’ origin, Gruevski, Bozhinovski, Janakievski and Chingarovska made arrangements for depositing of the funds at the VMRO-DPMNE account by using slips with false information about the person who makes the deposit.

Later, Dimovski, Chingarovska, Ristoski and Janakieski, in the capacity of authorized signatories of the party’s account, signed orders for purchase of real estate for the party.