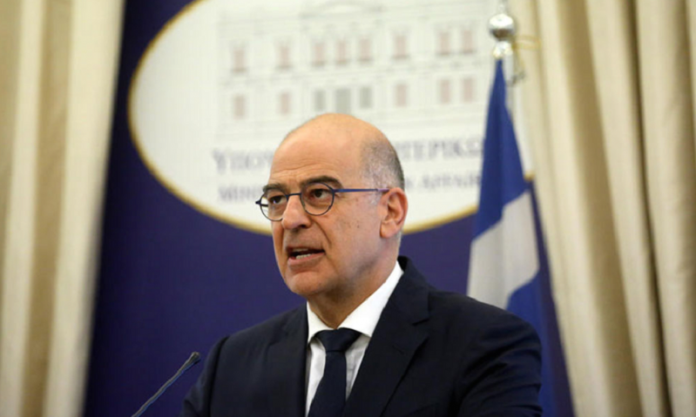 At a press briefing on Thursday, Greece’s Foreign Ministry spokesman Alexandros Gennimatas told MIA’s correspondent that the agenda for the visit to Skopje is yet to be finalized, but given that Fragogiannis will be joining Dendias, economic cooperation will certainly be on the table.

“Topics of discussion will include further development of economic relations, which is why Mr. Fragogiannis is joining. I believe both parties wish to move cooperation in a positive direction,” Gennimatas said.

Foreign Minister Nikola Dimitrov met with his Greek counterpart in Brussels on Wednesday, a meeting that Gennimatas described as constructive and focused on preparations for Dendias’s visit to Skopje.

“As part of the Greek strategy for the Western Balkans, the Greek government intends to launch concrete initiatives to support the European perspective of the countries in the region and build security, enhance stability and develop prosperity of the wider region,” Greece’s Foreign Ministry spokesman told reporters.

Gennimatas mentioned that plans are underway for a quadrilateral meeting in February 2020, of the foreign ministers of North Macedonia, Albania, Bulgaria and Greece as a host. In addition, at the onset of 2020, a Summit is to be organized between EU member states and Western Balkan countries, i.e. North Macedonia, Albania, Serbia, Montenegro, Bosnia and Herzegovina and Kosovo.

The visit to Skopje on Tuesday is part of the Greek initiative, and following Skopje Dendias will also visit Tirana. Greece’s FM has extended an invitation to his counterparts from North Macedonia and Albania to attend a working breakfast of foreign ministers on December 9 in Brussels.