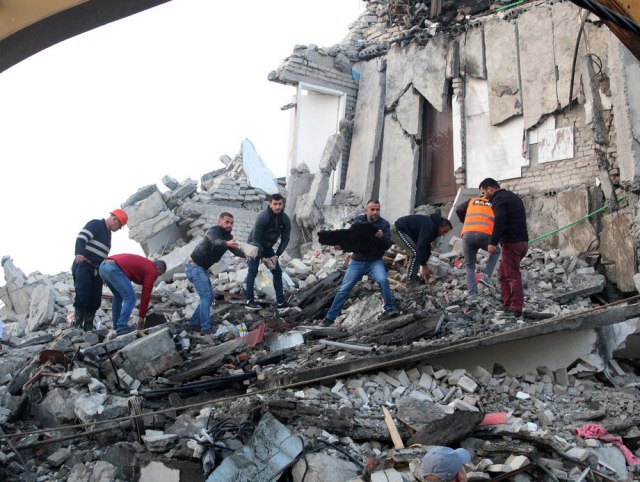 Rescue workers from Albania and neighbouring countries continued their efforts to reach survivors trapped in the rubble of buildings that collapsed in an earthquake that killed at least 28 people a day earlier.

Twelve of the deaths occurred in Durres, a port and resort on Albania’s Adriatic coast, while 16 other people died in the town of Thumana, 40 kilometres to the north and closer to the earthquake’s epicentre, the Klan TV reported quoting the Defence Ministry.

Of the more than 650 people wounded, 32 suffered serious injuries, with one in critical condition.

So far, 46 survivors have been pulled out of the rubble. A video posted by Prime Minister Edi Rama on Facebook showed Greek rescuers saving a 19-year-old man from the rubble in Durres nearly 24 hours after he was trapped.

Greek fire service teams were the first to arrive in the area, but were joined by counterparts from Kosovo, Serbia, Croatia, Switzerland, Italy and others.

The Albanian army has set up tents football stadiums in Thumane and Durres to provisionally shelter people who lost their homes.

The devastation occurred after a 6.4-magnitude earthquake struck the coast early Tuesday. It was preceded and followed by hundreds of tremors, some of them exceeding a magnitude of 5.

Albanian seismologists said Wednesday that 540 tremors had been recorded since Monday.