дома Macedonia The power of not voting 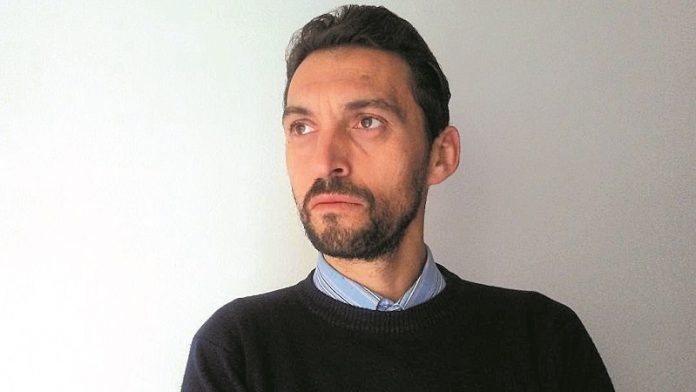 The people have power! That power is not visible and can not be felt when the people themselves do not reach for it. When this is the case, the rulers lie to the people, steal from the people and lead them by the nose. And the people sink in their poverty and in their sense of helplessness, hoping for salvation from one side, then the other. But when they stop and finally use the power they possess, they becomes aware not only of how powerful their power is, but also of the fact that things can be dramatically improved.

In Macedonia, more than a quarter century later – its’ the same story over and over again! Whoever comes to power, instantly forgets the election promises, uses the power for their own personal benefit and for the benefit of the oligarchy. And what is being done about it? In the next election people vote for SDSM to punish VMRO-DPMNE, and then vote for VMRO-DPMNE in order to punish SDSM, and then the history keeps on repeating. How much longer? How much longer will citizens use their voting power to determine who will steal and lie in the coming years? How can it be expected that it will be any different if one acts the same way time and again?

A deep cut must be made in Macedonian politics! And not a 100 years from now, but right now! Why now? And how long do we wait? While our lives pass before or eyes? Until we all leave the country? Until we become beggars? Until when? Politics do not necessarily have to be dirty, they do not necessarily have to be in the hands of power and bosses. They made it so, because enabled it. And that’s why we must finally ask ourselves the key question: how long will we allow for this to happen?

When you do the same time and again, and see no effect, what is the conclusion that one needs to draw? You punished VMRO-DPMNE by voting for SDSM. Then punished SDSM by voting for VMRO-DPMNE. And? Whoever comes is worse than the previous one! A solution? It is self-evident that the way out of the enchanted circle, the first thing to do, is stop acting as before.

We were largely led to this by voting for the lesser evil. Voting for the lesser evil, makes it worse and worse for us. Think about this bitter truth for a minute. The fact that the lesser evil is evil is persistently ignored. How can you expect good governing from a person for whom you yourself, when you voted for them, knew was the same as the previous ones? And, what now? Are we going to embrace our fate? Are we going to tell ourselves it can not be any different? No! We need to turn over a new leaf. If the vote for the lesser evil brought us to this situation, we must finally break with our defeatist mentality. Vote. But vote only when you are convinced that those to whom you give vote are a good option. And when you do not see a good option, then do not vote for “the lesser evil,” but simply do not vote.

The corrupt leaders who held power over the past 30 years have been very comfortable. It was enough for them to convince the citizens that others were governing badly, that they were less bad than them and – they were getting the vote. Show more respect for your vote! If you do not appreciate it, how do you expect others to appreciate it? Simply do not give it to anyone you are not convinced that is a good option. So you will see how the parties will start a different tune, when they realize they can not get your vote with ease.

It is important in all elections to have decent turnout, because it gives legitimacy to the one who wins the process itself. But turnout is especially important when it comes to choices that have a census. In those elections, the citizens have additional power, they hold “The sword of Damocles” in their hands that can decide the ections. So if the party’s election offer is unsatisfactory, the citizens can annul the elections by not voting.

So that’s causing a crisis! No, it’s proclaiming the crisis! It clearly shows that things can not go on the way they were before. We will raise again the question: what good did you see from voting on the lesser evil, what good did you see from voting for SDSM to punish VMRO-DPMNE or for VMRO-DPMNE to punish SDSM? It is time to send a clear message to both party leaders who steal on and deceive the people. A message that the people finally woke up and that they would no longer allow them to lead them by the nose.

And what will be achieved if the elections fail? New elections will be announced and it will be the same again. Let’s see this situation closer. Imagine a situation in which the vast majority of citizens refuse to play the way they play. And they do not go to the polls. And only party members of SDSM-DUI-DPMNE come to the polls, only those who are ready to claim that black is white for personal gain. And the turnout will be 20-25 percent! Not only will the elections be unsuccessful, but also the delegitimization of bipartisanship will be known, the same bipartisanship which is already delegitimized in the eyes of the citizens. And new elections will be announced, but it will not be the same. In a situation when the people won a victory over parties that were lying and stealing for three decades, and when those parties felt the power of the people, another tune will follow. In such an atmosphere, we may need to encourage an independent citizen to run, with a reputation among the people, who will not serve the party leaders of SDSM-DUI-DPMNE! And in such an atmosphere, with people who have understood their power, the victory of one such candidate in those repeated elections can not be excluded! Therefore, don’t allow them to fool you that if these elections fail, it will be the same again.

Keep in mind the strange rules that apply to the presidential election. Namely, the census only applies in the second round, but not in the first one. This means that in the first round, even if only one person votes, it will be regular and a second round will be scheduled. So this is how these elections are set. First, because it is only theoretically possible that some of the candidates will win a majority of the total number of voters (900,000 votes), there will surely be a second round. Secondly, it can be said with great certainty which two of the three candidates will enter the second round. And third, because the first-round census will be filled with even one vote, your first round voting does not have any real significance. In such a situation, one of the options at your disposal is to not vote in the first one and vote only in the second round. And at least in the first round, deliver a clear message to the parties that have lied to you and steal from you.

For more than a quarter of a century, the people have been deprived of power in the system they allegedly rule. They are being played, and the people themselves reduce their power of the right to decide who will be the one who will lie and steal in the upcoming period. This must stop! It’s high time to turn a new leaf! Let’s deliver our dissatisfaction in the elections! We have the power, through demonstrative non-voting, to shake up both SDSM and VMRO-DPMNE and DUI!