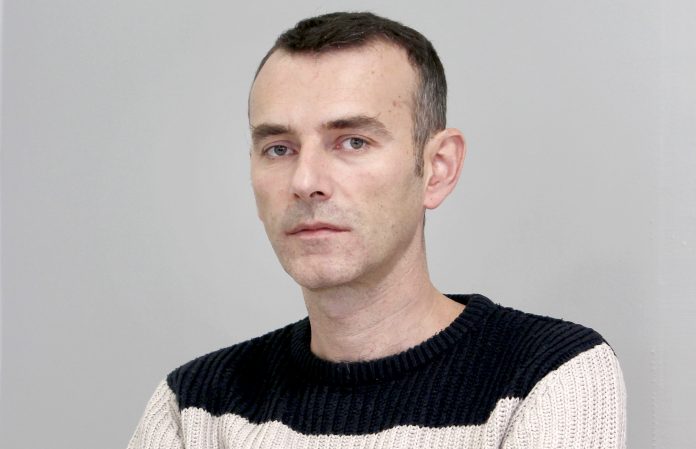 Extremely low turnout, fiasco of the government, a good-but-not-enough result for the opposition, total debacle in the Albanian campus, as well as a complete rejection of the concept of “consensual President” are the first impressions from the first round of Presidential elections.

Turnout. The first parameter that catches the eye in the first round is the extremely low turnout. It is true that presidential elections usually generate much less interest than parliamentary or local, but turnout this time was far less than even the most pessimistic scenarios. In every municipality, with no exception, turnout was lower than both parliamentary 2016 and local 2017 elections.

Categorized into ethnic blocs, turnout was the lowest in Albanian populated parts of the country, where it barely reached 20%, compared to 51% in parliamentary elections. A lower turnout was expected knowing that Albanians show far less interest for presidential elections (for comparison turnout reached 44% in Debar where local elections were also held). But a drop of 31 percentage points is still too high.

But this time the figures were no better even in the Macedonian bloc. Average turnout there reached 51%, compared to 75% in general elections. In total turnout was a little less than 42%, or just about 30.000 votes over the necessary census in the second round.
An often repeated argument for this phenomenon is the high level of emigration. But it is plainly impossible that in the last couple of years more than 250.000 people left the country, which is the difference with local elections 2017. Its impossible to avoid the conclusion that people are tired of politics and have given up on all parties, which is foremost a bad sign for the government.

A fiasco for the government. Government’s candidate Stevo Pendarovski was first-ranked in the first round, but still this result is a total fiasco for the Government. 31 political parties, with more than 70 MPs, got only 43% of the votes. The will of those that came out to vote was no doubt pro-opposition.

It will be a matter of debate for a while how this coalition led by SDSM, that less than two years ago scored a complete victory in local elections, fell so much down so quickly. Two things are however clear. First it has nothing to do with the Prespa Agreement. In the referendum there were 610.000 votes Pro. Albanian votes aside, it turns out that SDSM is missing more than 120.000 votes that were FOR the Prespa Agreement.

This level of lost support cannot be the fault of the candidate either. Aside from the activities of political parties, he overall led a campaign with a vision and message that were clearly pro-European, in line with those who voted “For” in the referendum. In fact it seems that he was the victim of the parties who supported him, and could have done better without them.

A good-but-not-enough result for the opposition. Viewed from a purely political angle Albanian opposition parties scored the best result. Their candidate Reka gained 80.000 votes even with such low turnout, and beat his main competitor Pendarovski by a margin of 2:1. However this opposition should know that this level of votes is not enough to win in general elections. It has to find a way to motivate the rest of the opposition to come out and vote, and raise this number by at least 25%.

VMRO can also be satisfied, because it really managed to beat SDSM with a margin of about 40.000 votes, if we leave out the votes of its coalition partners. It also won in Skopje and many of the bigger towns, and its leader Mickoski proved that he has the potential to beat SDSM. He now has a firmer grip on the party leadership, and with further internal consolidation VMRO will be a formidable opponent in the next elections.

It should proceed with caution however, conscious that it has the same votes as in local elections when it was heavily defeated. Of those that stayed home in the first round, it is likely that a majority are disappointed people who are not yet ready to vote VMRO. The party has to find a way to grow and draw that kind of people, which will not be possible without deep reforms, a makeover of the face and message of the party and total break with its darker past. Easier said than done.

A debacle for the Government in the Albanian bloc. The defeat of government parties in the Albanian bloc was much heavier than that in the Macedonian bloc. Four Albanian parties plus SDSM, who have 19 MPs, managed to win only about 40.000 votes. On the other hand two parties with only 4 MPs won 80.000 votes. This is a sign that the will of Albanians has changed markedly in favor of the opposition, that on the wings of this result with be a serious pretender in the next elections.

The question now is who won these 40.000 votes for Pendarovski. Judging by the results in Studenichani (a bastion of DPA) and Chair (of Alternativa), these small parties contributed with around 5.000 votes each. DUI probably contributed another 20-25.000, which means that SDSM with its structures among Albanians got only between 5.000 and 10.000 votes.
This is a bigger debacle than that of Albanian parties. It is understandable if DUI, DPA and Alternativa voters hesitated to vote against an Albanian candidate, and preferred to remain home. But that shouldn’t be true of SDSM voters, who voted for the party in 2016 even among five other choices among Albanian parties. The truth is that SDSM quickly lost those 40.000 votes that it had in 2016. It didn’t understand how and why it got those votes, and judging by its campaign in the second round it has no idea how to bring them back. But that is a matter for another column.

Goodbye “consensual President”. In these elections SDSM and DUI ran with two different candidates. The candidate of SDSM was Stevo Pendarovski, and the party claims that it sees everyone equally, no matter their ethnic background. DUI ran with a “consensual” candidate that had no name, and that it claims is the result of an agreement between Macedonians and Albanians. Far from not seeing beyond ethnic differences, DUI says that there is an agreement that their candidate be the most liked in both ethnic communities.

SDSM’s candidate Stevo Pendarovski leads in the first round. On the other hand the candidate of DUI lost the elections. Albanians wished that their President be Blerim Reka, and the Macedonians wished Gordana Siljanovska. DUI’s candidate lost in both communities, and with that the concept of “consensual President” was totally defeated. Stevo Pendarovski may also win in the second round, but he can only be a President of all citizens, not a “consensual” President agreed between ethnic communities.