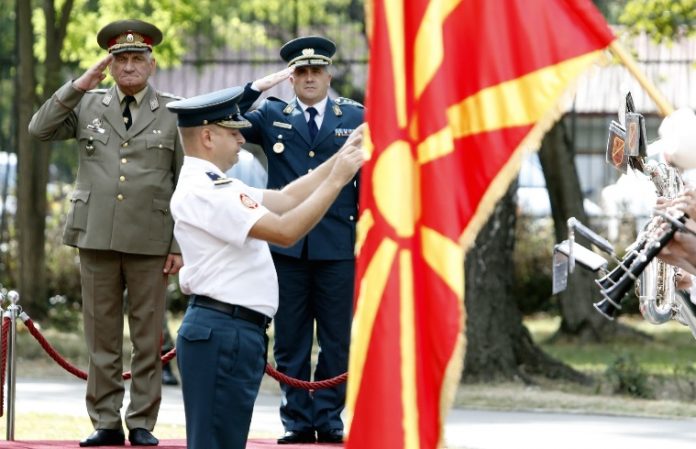 North Macedonia’s Prime Minister Zoran Zaev, congratulating August 18 Army Day to all members of the Army of the Republic of North Macedonia, said our troops are committed to equal partnership with our allies and show ability to jointly maintain regional and international peace and stability.

“I would like to congratulate members of the Army and the citizens this holiday, expressing sincere gratitude for your continued dedication, professionalism and unselfish commitment to protect the territorial integrity and security of our country,” Zaev said in congratulation note.

On this day, in 1943 the first partisan Mirce Acev detachment was formed on Slavej Planina, which later in the National Liberation War grew into an army that liberated the territory of our country, leaving a trace embedded in foundations and the independence of our homeland, Zaev said.

“76 years later, today, our Army at the highest professional level, along with the troops of NATO member states, is acting in accordance with NATO standards, participating in international peacekeeping missions and contributing to the maintenance of global peace and security. We showed are message of our readiness, for which we are especially proud and grateful, is our Army’s participation in the largest military exercise “Decisive Strike” at which our Army troops with troops of five other NATO member states demonstrated their capacity to performing complex field exercises,” Zaev noted in congratulation note.

The Republic of North Macedonia will be the next, NATO’s 30th member and our professional soldiers, officers are committed to equal partnership with our allies, and show ability to jointly maintain regional and international peace and stability, note reads.

Аddressing a number of guests at the central ceremony, President and Commander-in-Chief of the Armed Forces, Stevo Pendarovski reminded of the historic beginnings of the modern Macedonian Army on August 18, 1943, when the first battalion Mirce Acev was formed on the Mount Slavej, named after the member of the National Liberation Army Headquarters and partisan units.

“At its very beginnings the Army started in modest and under extremely unfavorable conditions. However, it was consolidated in a short time, and in the mid-1990s it began structural reforms in order to transform it into an army of a future NATO member … To date, this strategic goal is one of the major cohesive factors in our a society, backed by all relevant political parties, the vast majority of citizens of all ethnicities and the NGO sector and business community give strong support,” Pendarovski said.

“We have decided to accept the values ​​of the North Atlantic Treaty which oblige us to safeguard “the freedom, the common heritage and the civilization of peoples based on the principles of democracy, individual liberty and the rule of law” as the basis of the system of collective defence and protection of peace and security … The rule of law is a necessary condition for the functioning of democracy and the development of a free society. Therefore, our absolute priority is the rule of law to prevail as our highest value and to restore the public trust in the institutions and the state,” Pendarovski noted.

He pledged that as Commander-in-Chief, he would insist on improving the standard of living and professionalism of soldiers, as well as supporting defence reforms.

“One of the priorities in the reform process will be focused on the declared NATO units, and in this regard I fully support the Government’s commitment the country as a future NATO member to allocate two percent of GDP in investing in defence which I hope would to be implemented by 2024 at the latest,” Pendarovski said in his address.

Shekerinska in her address noted that the Army is celebrating its 27th anniversary in a year of success, a year in which country’s path to joining NATO has been completed.

Referring to the engagement of the Army in the past period, from all regular activities, participation in peacekeeping operations abroad, as well as emergency actions, to blood donation and rescue actions, Shekerinska underlined country’s obligation in providing the best training, the best equipment, and the continuous investment in training of soldiers and officers.

Shekerinska noted that such pledges to further equipping and modernizing the armed forces are part of the 2019-2028 long-term plan, which foresees amending key laws and introducing NATO rules aimed at modernizing the Army and improving its operational capabilities.

“Greater care, greater home budget, greater security, greater motivation. We are doing this and will continue to do, because only by investing in our security and in our capacities, we can gain confidence in ourselves and in our plans,” Shekerinska said.

Moreover, Pendarovski decorated NATO Liaison Office to Skopje and Transport Helicopter Squadron of the Aviation Brigade of the Joint Operations Command of the Army of the Republic of North Macedonia with the Order of Military Merit.