The authorities of North Macedonia and Serbia established a border office on the Tabanovce-Preshevo border crossing under the One Stop Shop Project was inaugurated on Monday.

Under the project on joint integrated border management, passengers will only have to make one stop when crossing the border.

One Stop Shop facilitates and accelerates the movement of passengers and goods, wait times are reduced to a minimum all the while an opportunity is created for better cooperation between the business communities and integration of the region, the premiers of North Macedonia and Serbia concluded at the inauguration event.

“We’re meeting yet another task of the project for integration of North Macedonia and Serbia at a regional and European level – the joint Tabanovce-Preshevo border crossing offering joint management of border and customs controls with only one stop. The project significantly contributes to the development of economic cooperation of the region of Western Balkans, defined at the 2017 Trieste Summit. What’s more important, it further crowns the friendship between the two countries,” PM Zaev said.

After full completion of the road infrastructure on both sides of the border and the construction and expansion of the customs terminal, Zaev stated, this is the final stage to establish conditions for better trading of goods and improved movement of passengers.

“Our countries are the first ones that have established joint border management in this part of Europe,” Serbian PM Brnabić said.

“Today is not only an important day for North Macedonia and Serbia, potentially it paves the way for a new start for economic, trade and regional cooperation in the Western Balkans. To ensure it’s truly a new start, we need political courage and vision, to look to the future without being focused on short-term populist policies,” she noted. 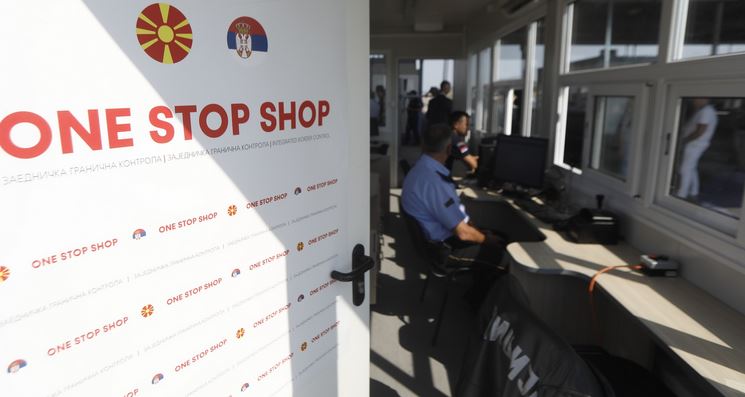 Reduced wait times will contribute to registering a rise in the number of tourists between the countries. Also, businesspeople are expected to wait less for customs controls and the new measure could reduce the chances of customs frauds being committed.