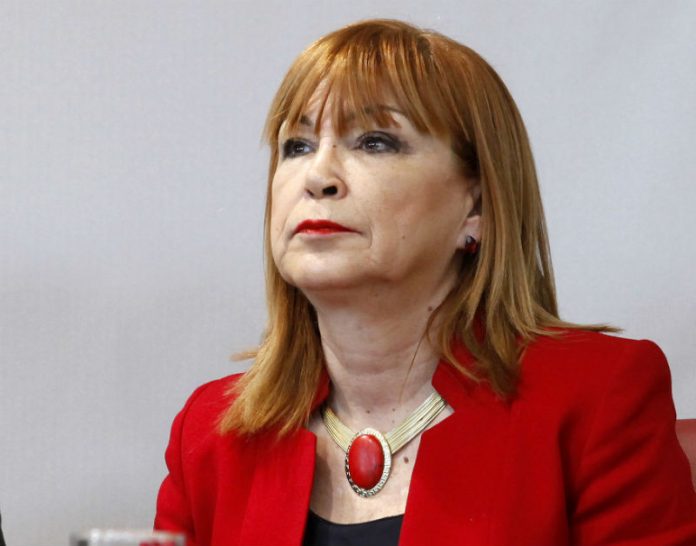 The new law of the Government envisions that all SPO prosecutors are transferred to the new prosecutor’s office and remain there until their mandate expires in about a year. The current resigning head, Katica Janeva, will be transferred to the Republic Public Prosecutor’s Office.
Parliament Speaker Talat Xhaferi scheduled the session for the new draft law on public prosecution. This proposal, which depends on the start of the country’s negotiations with the European Union, will be put to a vote in Parliament on August 27, ie after returning from the MPs’ summer recess. The draft law that is published on the website of the Parliament is marked with a European flag and will be carried out with a fast-track procedure. This version of the law, for the time being, is not final and any provision can be changed after the amendment, as well as the transitional provision that puts Ruskova in the head position. However, it is certain that the adoption of this law will be relatively fast, there will be no public debate. The need for adoption of the law will be determined and the law will be sent to committee debates, and then to a plenary session.
Even though several days ago VMRO-DPMNE party officials announced that they also drafted a law for the Public Prosecutor’s Office, they still haven’t officially published it. They say that they have technical issues that need to be dealt with and then they will probably submit it to the Parliament. However, in order to pass their proposal, a two-thirds majority is required, which they will hardly provide.
State Prosecutor Ljubomir Joveski called VMRO-DPMNE’s decision irrational.
He believes that, even in such a situation, according to the jurisdiction, most of the cases would belong exactly to the new specialized department for prosecution of high corruption and sees no other point in it, except creating chaos. The transfer of all cases of the SPO to other prosecution offices will take a lot of time, because the new prosecutors will take months to study the cases.
Prime Minister Zaev came out with a new solution for the SPO after the opening of the “Racket” investigation, which was also compromised by the head Special Public Prosecutor, Katica Janeva. She is not a suspect for the time being, while the owner of 1 TV, Bojan Jovanovski – Boki 13 and Zoran Mileski – Kicheec are in detention for racketeering. Janeva’s two mobile phones have been confiscated by the police for the needs of the investigation, but other information concerning this investigation has not been revealed. At the same time when the investigation pf the “Racket” case was announced, Janeva resigned and not come out in public, and a week later she appeared and held a press conference where she told reporters that her name has been abused.
European Commissioner Johannes Hahn visited the country last week and said that the Special Public Prosecutor’s Office should survive in spite of the “Racket” case. A day after Hahn’s visit, Assistant Secretary of State Philip Reeker came to the country and directly addressed the opposition that the time for political games was over. Reeker was determined that no one should be amnestied because of past deadlines.