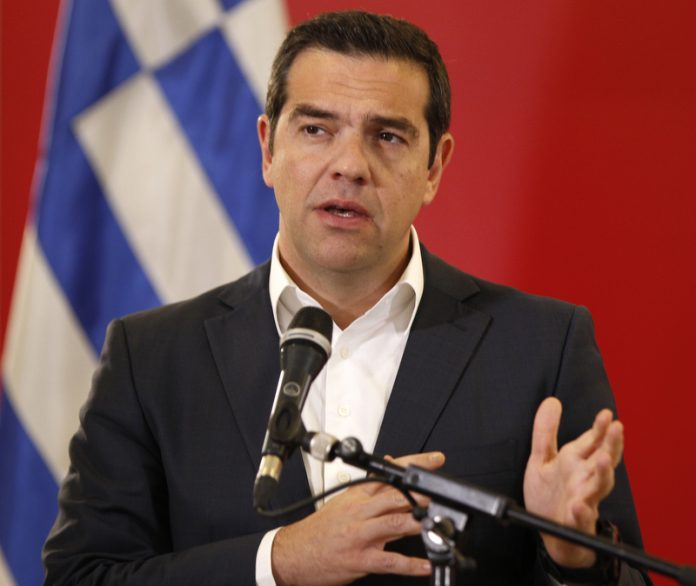 Even those who are now well-intentioned in opposing the Prespa Agreement, would grasp its significance for Greece in 10 years or less, Greek Prime Minister Alexis Tsipras said in an interview with the Greek Antenna TV.

“Konstantinos Mitsotakis used to say that in 10 years we’d forget about this issue. Today, I can safely say we’ll remember it forever, and in 10 years, or even less, even those who are now well-intentioned in opposing, would grasp the great historic value and significance of the Agreement for Greece,” said PM Tsipras.

During the one hour interview on Antenna TV’s main newscast, in the part touching on the Prespa Agreement, Tsipras also talked about the political cost, saying he never once had any second thoughts at the opportunity to resolve the name dispute, instead he felt lucky to get it, pointing out that Greece and North Macedonia are natural allies, MIA’s Athens correspondent reports.

“Really, have my predecessors given any thought on political cost regarding critical national issues?” Tsipras asked, “At no point did I think about it during the critical moments in my four-year term.”

“We’re now able to carry out economic activities in North Macedonia, to have the country as a basic strategic partner. To have the air crafts of our military air force, instead of the Turkish F16, overseeing the country’s airspace. These are the great opportunities offered by this agreement of national significance and patriotic values, “Tsipras said adding that the Prespa Agreement was the best possible outcome for Greece and that his predecessors would have done the same had they been given the opportunity.

In response to the reporter’s comment that the government should have asked the people first about the Prespa Agreement, just like in 2015, Tsipras said: “Are we to hold a referendum on how our neighbours would be called?”