Speaker Talat Xhaferi briefly left the Law on the Use of Languages ​​in President Gjorge Ivanov’s  “drawer”, and left for Switzerland, where he leads a large parliamentary delegation to the Assembly of the Inter-Parliamentary Union in Geneva. Considering the fact that among the Macedonian delegation is also the Secretary General of the Parliament Cvetanka Ivanova and the coordinator of the SDSM Parliamentary Group Tomislav Tuntev, as well as representatives of VMRO-DPMNE, there is no official in the parliament who is familiar with what kind of an initiative will be submitted to the Constitutional Court, in an effort to find a solution to Ivanov’s double veto on the Law on Languages. The possibility of resolving the dispute between Ivanov and Xhaferi as representatives of the executive and legislative power in the country, Prime Minister Zoran Zaev announced a resolution by the Constitutional court, pointing out that this is one of the options considered in parliament. But while waiting for Xhaferi return to Skopje, the procedures for “defrosting” the Law, which is part of the pre-contractual agreement between SDSM and DUI, are put on hold. The speaker should appear today in parliament, due to a scheduled briefing for journalists, after which the session on parliamentary questions should start.

Xhaferi’s option to put a double signature of the law remains open, that is, sign in Ivanov’s place, but it is a risky option, given the previous experience when a law published in such a manner in the “Official Gazette” did not pass in the Constitutional Court. Also, VMRO-DPMNE announces criminal charges if the law is published without a presidential signature. 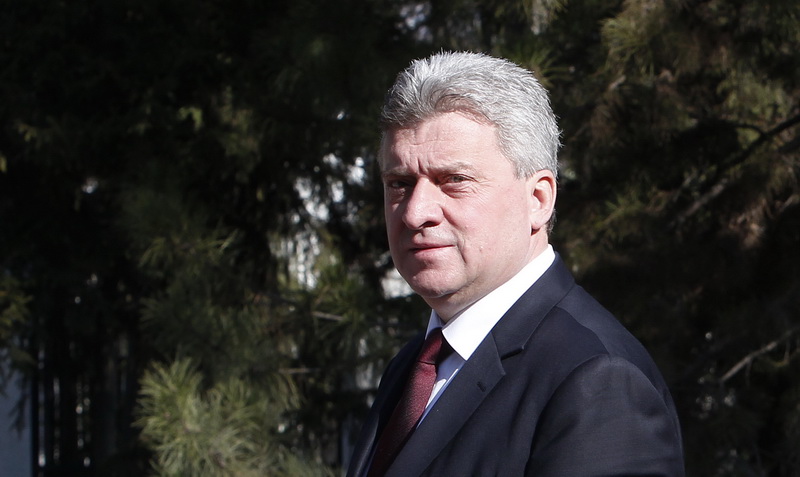 But the question is what would be the result of a possible initiative to resolve a conflict of jurisdictions, for which a decision should be taken by an ordinary majority of five votes in a Constitutional Court, no matter what time.

Experts say that given the urgency of the issue, because it is a law that has caused strong political tension, the Constitutional Court should feel responsible as soon as possible to make a decision. But, on the other hand, as it is pointed out, the court is not obliged to do so, nor does it have a guarantee that Ivanov will respect the court decision (if it is in favor of the parliament) when it has already decided to act contrary to the Constitution, using “pocket veto” for the Law on Languages.

Former constitutional judge Igor Spirovski stated recently that the president of the state is obliged to sign the decree on the Law on the use of languages. As Spirovski explained, there is nothing in the Constitution that the president may interpret whether he should sign a law or not. However, the former judge emphasizes that for one law can to come into force, it should be signed by the head of state.
Prime Minister Zaev announced that it is possible to start an initiative before the Constitutional Court for disregarding the Constitution by Ivanov, due to the non-signing of the Law on Languages.

– The goal is for the parliament to know its competencies and what it does to have its own impact, the president also. With the president’s decision not to sign the law, the competence of the parliament has been blocked. We can be two opposing sides, we can be politically different, but we must not allow any institution to be blocked, Zaev said.

He added that the initiative before the Constitutional Court has a certain solution, in order to differentiate the competencies and give instructions for resolving the situation, but, as he pointed out, other options are being considered.
-Lawyers who work primarily in the Parliament, but also here in the Government, elaborate other mechanisms for solving this problem, because functional democracy, functional state means finding a solution to such precedents, such as not signing after the third voting of the Law on the use of languages, Zaev stated.

Impeachment is not a solution

Sources from the parliamentary majority say the possibility of re-initiating Ivanov’s accountability procedure is minimal at this moment, because the minimum chances of securing a two-thirds majority in parliament are also minimal. The previous attempt to impeach Ivanov – for the collective abolition, which was the first impeachment in the history of Macedonian parliamentarism, ended unsuccessfully. However, the mitigating circumstance for SDSM was then that it initiated the initiative as an opposition party, while this time, according to estimates, the impeachment of Ivanov would have no effect.