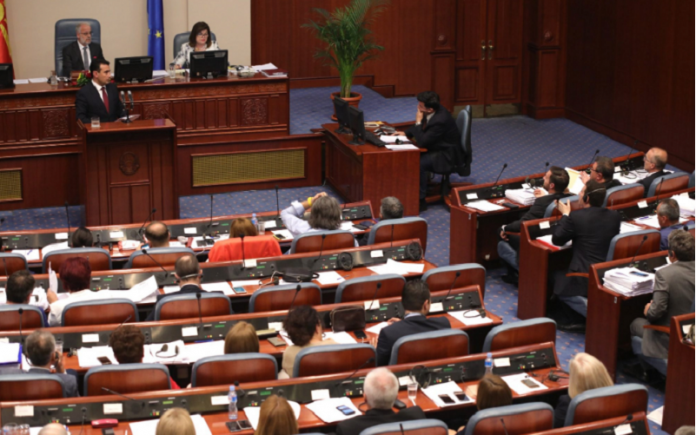 North Macedonia’s Parliament Speaker Talat Xhaferi has scheduled a session on draft law on public prosecution for August 27. The document will be treated as EU-flagged legislation and will be passed in a shortened procedure.

Draft law on public prosecution requires a 2/3 parliamentary majority for its adoption.

The new prosecutor’s office will have the authorization to act across the country. Although having independence, it will have to answer to the Public Prosecutor’s Office of the Republic of North Macedonia.

All special  prosecutors will continue working in the new prosecutor’s office. Since their term ends on Sept. 15, they have the right to be re-elected.

“As part of the working groups, VMRO-DPMNE demanded we give up on the SPO as an independent institution and propose its incorporation. We’ve done it. I believe we have a solution. Debates will be opened these days. We should do this country a service by settling the issue,” PM Zaev stated.

VMRO-DPMNE leader Hristijan Mickoski said the staff of the current Special Prosecutor’s Office (SPO) is questionable and its prosecutors should not be transferred to the new Prosecutor’s Office for Organized Crime and High-Level Corruption but return to the institutions where they came from.

“A portion of the prosecutors, including the chief prosecutor, are contaminated by the ‘Racket’ case. They should not be transferred to the new prosecutor’s office but return to the prosecutions they came from,” said Mickoski.