Macedonia is proud of the strategic partnership with the United States and appreciates the support of official Washington for its EU and NATO membership, Defense Minister Radmila Sekerisnka said Tuesday at a meeting with a delegation of US Congressmen, led by Bill Flores. 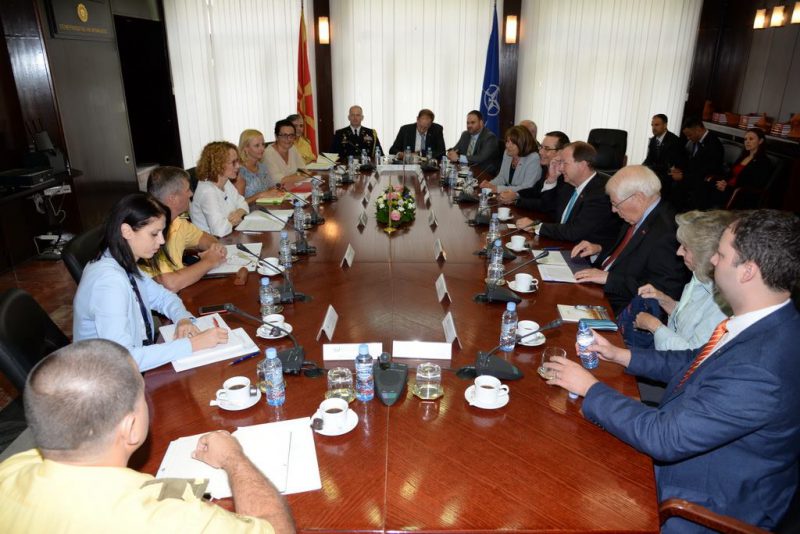 The meeting affirmed the excellent partnership between the two countries and the US support of the ongoing reforms in Macedonia, the Ministry of Defense said in a press release.

The US delegation also congratulated Macedonia on the invitation for starting the NATO accession talks.

There is no alternative for Macedonia but to become part of the EU and NATO, which enjoys the support of 75% of the citizens, Sekerinska said.

‘NATO and EU membership will boost investment, trade, grant access to the broader common EU market, increase people’s mobility, goods and capital, help us create more jobs and keep the youth in their homeland,’ she said.